Christie’s has set a new record for a contemporary art auction in Europe. The auctioneer’s post-war and contemporary art sale in London on March 6 brought in £137m ($190m), with pieces by Warhol and Basquiat leading the way.
The total figure is up 43% on the corresponding sale in 2017, clear evidence that this area of the market – particularly the top end – remains buoyant.

British art dealer Anthony d’Offay commissioned the piece from Warhol. It was one of Warhol’s last works before his death in 1987.

“Within a practice punctuated with complex self-portraits, the ‘fright wigs’ are widely considered to represent Warhol’s most deeply personal revelations.

“They are stark, rarefied exposures of an artist who ultimately became a greater cultural icon than his most famous celebrity muses.”

The price is well above the $24.4m achieved by a single canvas from the series at Sotheby’s in 2016.

Basquiat produced the work on a crudely constructed canvas – a continuation of his early career, when he would paint on anything he could get his hands on. 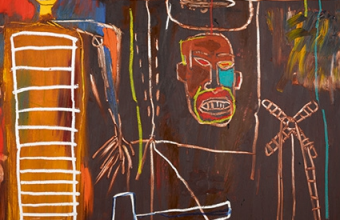 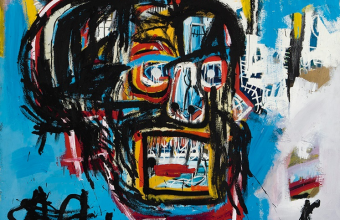 $110 million Basquiat masterpiece is the most expensive US artwork