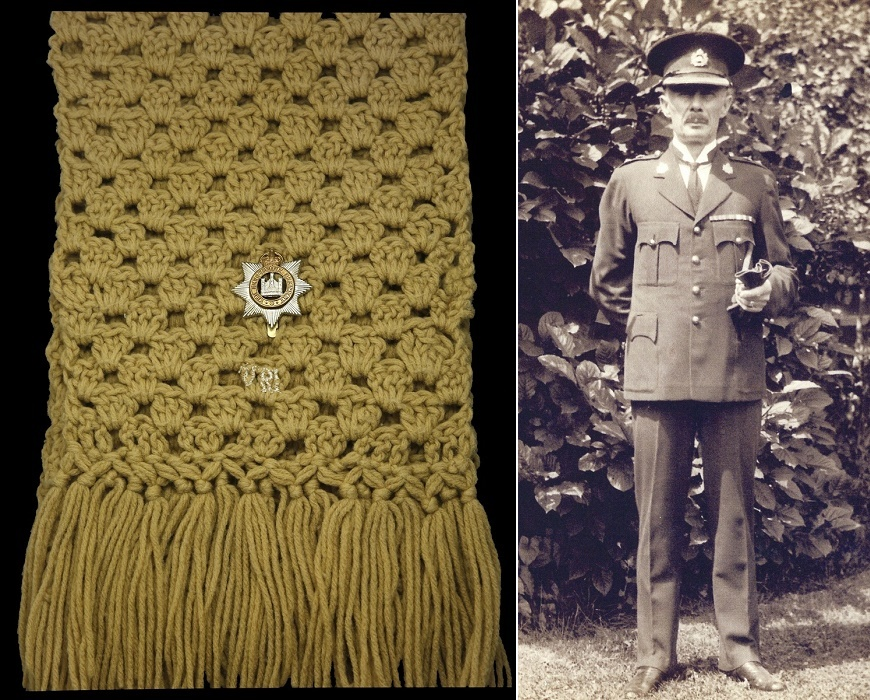 A scarf hand-knitted by Queen Victoria for a British soldier is heading for auction later this month.
The presentation scarf was one of eight examples made by the Queen as gifts for British and Colonial soldiers serving in the Second Anglo-Boer War (South African War).

The scarf is marked with the Imperial Cypher "VRI", and stands as a symbol of Queen Victoria’s respect for all the troops who served under her during her 64-year reign.

She hand-knitted the scarves in 1900, with the suggestion that they be presented to "the best all-round men taking part in the South African campaign"

Today just six of the scarves are known to have survived, and five are currently owned by museums including the Queen’s Regimental Museum, the National Army Museum, and the national War Museums of Australia, Canada and New Zealand.

The recipients were chosen by their fellow soldiers for their bravery in the line of duty.

The sole scarf remaining in private hands was presented to Sergeant William Colclough of the 2nd Battalion, Devonshire Regiment.

Born in Birmingham in October 1872, Colclough was so determined to become a soldier that he joined the Devonshire Regiment the day before his 17th birthday in 1889, having lied about his age to the recruitment officer.

It marked the start of a remarkable military career which lasted more than 60 years, saw him serve under six British monarchs, and rise from private to Sergeant during campaigns in Egypt, India and South Africa.

Colclough was discharged from the British Army in 1902 and emigrated to Canada, where he served in the 53rd and 108th Battalions of the Canadian Militia and Canadian Army during the First World War, before eventually retiring from service as commanding officer of the Winnipeg Light Infantry in 1930.

He passed away on January 31, 1955 and is buried in the Field of Honor at Burnsland Cemetery in Calgary.

The unique scarf remains as a testament to the high regard in which he was held by both his fellow soldiers and the Queen he served.