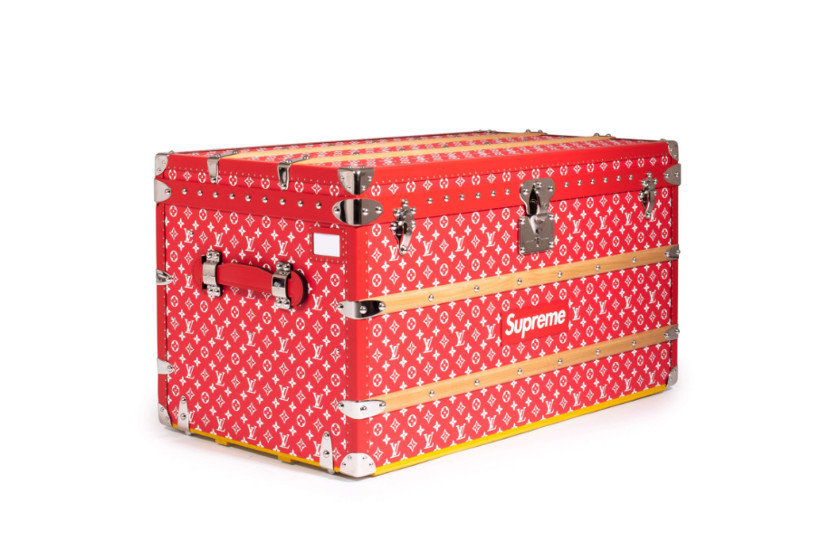 A major auction of pieces from fashionable New York streetwear brand Supreme picked up over $1m in bids at Artcurial Paris on May 16.
Titled C.R.E.A.M. (Cash Rules Everything Around Me), a reference to a song by the Wu Tang Clan, the sale featured a wealth of limited edition pieces – ranging from T-shirts to a miniature motorbike.

This was the largest auction of pieces from the much coveted brand so far. Founded by skateboarder James Jebbia as a lifestyle clothing company in 1994, Supreme has become known for its simple designs, celebrity collaborations and clever marketing.

The brand issues pieces from each season across its 11 worldwide stores every Thursday. The arrival of new stock is referred to among fans of the brand as a “drop”. Drops typically feature items of clothing, as well a handful of novelty items (ranging from key rings to fire axes) and are hyped up online for weeks beforehand.

As a result items sell out instantly and the mark-up on the secondary market is enormous. It’s not unheard of for pieces to sell for more than double the price paid in store. Enormous queues form outside stores in anticipation. Fans will happily camp out all night to secure a coveted item, either to sell or for their own collections.

According to Bloomberg, the top lot of the auction was a steamer trunk produced in collaboration with luxury brand Louis Vuitton that sold for $104,341.

The lot displays the brand’s ever-present red and white logo against the classic Louis Vuitton monogram.

Fabien Naudan, the curator for the sale, told Bloomberg: “The prices obtained for both Supreme branded objects, but also the works of artists from the same generation who accompanied this unprecedented global movement, confirm the international interest in urban culture.”