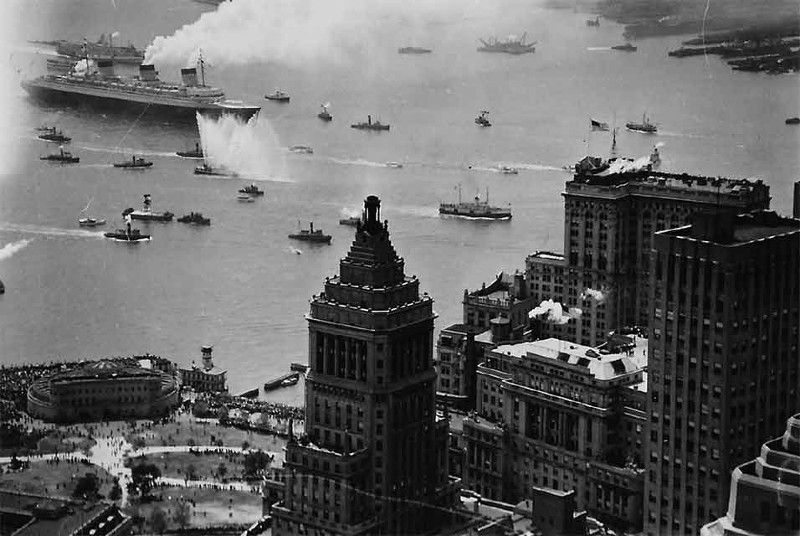 An enormous collection of photographs, documents and other ephemera relating to the great art deco era transatlantic liner the SS Normandie is heading to auction at Tessier Sarrou in Paris.

Among the most intriguing lots offered in the April 25 sale will be a selection of around 2,000 photographs showing the Normandie in its heyday. These include spectacular shots by Roger Schall and Francois Kollar that capture the monumental scale and ambition of this extraordinary vessel.

Launched in Saint Nazare in 1935, the ship was the grandest of its age.

No expense was spared on the luxurious interiors, designed by the great French architect Roger-Henri Expert. The funnels of the ship were routed around the sides, a world first that allowed for cavernous rooms.

At the heart of the ship was the enormous first class dining hall, set with 12 Lalique crystal pillars and huge murals cast in bronze, and painted-on glass panels reflecting classic stories from ancient Greek and Roman legend.

For all its pomp, the ship would ultimately came to a sad end. Following the outbreak of war its finery was removed and it was converted into a troop carrier. But before it could launch, it caught fire and capsized in New York Harbor in 1942. The hull was scrapped in 1946.

Only a few traces remain of this great symbol of the age. One corner of the dining hall murals is preserved at New York’s Metropolitan Museum of Art. The beautifully worked bronze dining room doors now stand at the entrance to Our Lady of Lebanon Maronite Cathedral in Brooklyn.