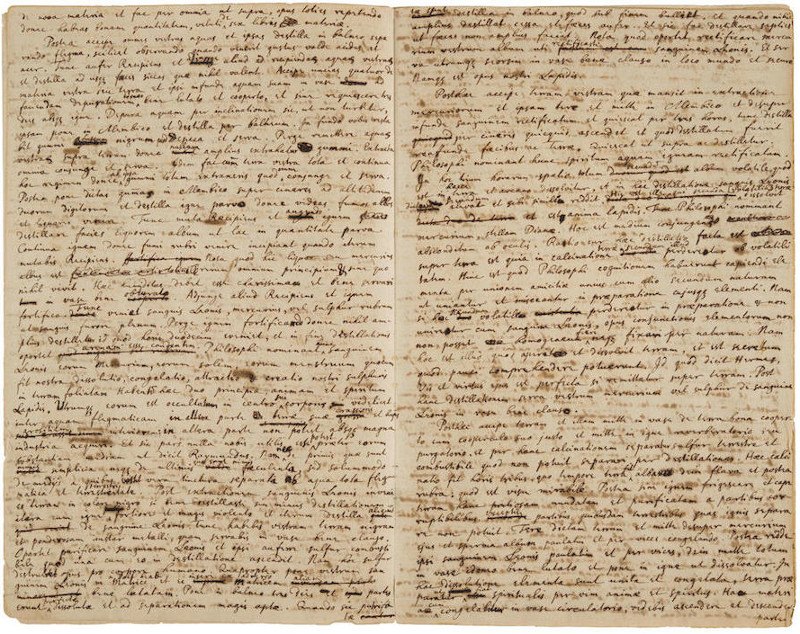 Alchemy was a big deal in the 1700s, as this handwritten manuscript from the great scientist Sir Isaac Newton attests.
The piece is offered with a valuation of up to $300,000 in Bonhams’ March 9 Extraordinary Books and Manuscripts sale in New York. It lays out in sparklingly clear language how to create the Philosopher’s Stone, a fabled material with the properties to grant eternal life.

It appears not to have worked, as you can visit Newton’s grave at Westminster Abbey today. However, the real appeal of this piece is that it shows Newton’s process. Typically, alchemical recipes are cloaked in opaque and occult language.

Bonhams notes that you could, in theory, recreate this experiment in a modern laboratory.

This is the largest of Newton’s scientific manuscripts in private hands, a factor that could push the result far beyond its valuation. It was originally in the collection of the Viscount Lymington, who built up a huge collection of Newton’s alchemical texts known as the Portsmouth Papers.

Bonhams comments: “An unpublished and otherwise unknown text, this manuscript merits formal academic study, and an examination of Newton’s particular contributions to the text will doubtless enrich our understanding of his relationship to the alchemical tradition as well as his own chemical legacy…

“As nearly all of the Newton manuscripts offered in the 1936 Portsmouth Papers sale have already made their way into institutions, a Newton manuscript of this scale and import is unlikely to appear again in the foreseeable future.”

Over time the study of alchemy developed into the study of chemistry, a field that has (with the developments made in medicine) given us many of the benefits the alchemists sought – including prolonged life and improved health.