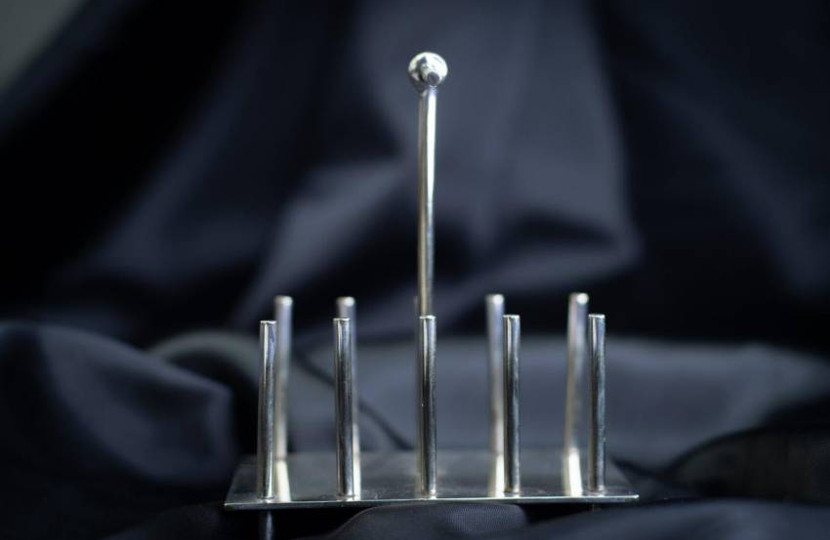 The consignor’s parents picked up the piece in the 1930s. The design is actually an 1878 original for Hukin and Heath by the great Victorian industrial designer Christopher Dresser.

Dresser (1813-1904) was a man very much ahead of his time. He studied at the Government School of Design in London in the 1840s, where he specialised in producing botanical drawings. One of his main influences in his later career was traditional Japanese design, which focuses on utility and purity of form.

His simple, geometric designs foreshadow the Bauhaus movement that emerged in Germany in the 1920s.

This design has aged so well it’s still in production today. Luxury kitchenware designer Alessi offers its own version for £135 ($177), albeit in stainless steel rather than silver.

Hansons’ decorative arts specialist John Knightly comments: “[The toast rack] did well because Christopher Dresser, who was born in Glasgow in 1834 and died in 1904, was a pioneer of industrial design based on form and function rather than decoration.

“Also, it was an original 1878 design embossed on the back with the words ‘Designed by Dr C Dresser’, which added to its value.”

The piece stayed in the family for many years, although the seller had no idea as to its value until recently.

They explain that their parents “bought it, along with a few other bits, when the contents of a Church of England vicarage in Hogarth Road, Whitwick, went up for auction.

“They had no idea it was anything special and, when we acquired it, we didn’t at first. We used it a few times but it’s a bit wobbly and the toast fell out, so we put it away in a box.

“Later, we heard the name Christopher Dresser crop up on antiques programmes on TV and realised it could be something special.”