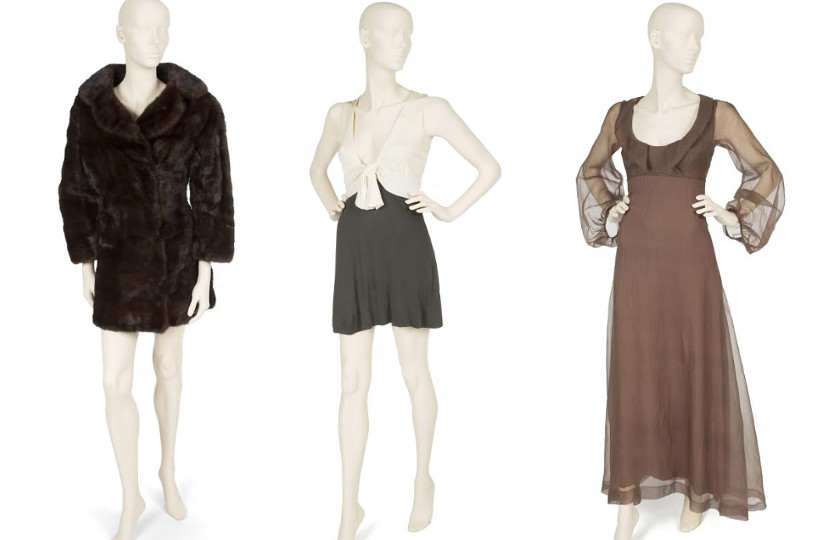 Sharon Tate was one of the biggest fashion icons of the 1960s (Image: Julien's Auctions)

A collection of clothing and accessories from movie star Sharon Tate will be offered in a dedicated sale at Julien’s Auctions on July 11.

Tate (1943-1969) was one of the biggest movie stars of the 1960s. Her career began in earnest in 1965, when she took on her first major role in horror movie Eye of the Devil. Her reputation as a fashion icon was sealed following her appearance in the barbiturate-soaked 1967 psychodrama Valley of the Dolls. Her smoky mascara and tight A-line dresses embody the bohemian style of the era.

Fittingly the sale features a cornucopia of ultra-rare sixties couture. Among the highlights is the silk moiré mini wedding dress Tate wore in her wedding to Roman Polanski in 1968.

The couple were married in a small ceremony at the Chelsea Register Office in London in January 1968. The dress is prominently featured in photographs from the occasion. It’s valued at $25,000-50,000.

Tate’s career was cut tragically short on August 8, 1969, when she and four others were murdered at her home by members of the Manson Family.

She was unfortunate to have just moved into the former home of Terry Melcher, a record producer who had declined to record an album for Manson. In retaliation, Manson ordered the occupants of the house to be killed. It was a bleak full stop on the hippy era.

Darren Julien, president and CEO of Julien’s Auctions, said: “Julien’s Auctions is proud to present this auction event that celebrates the beauty and grace of one of Hollywood’s brightest stars of the 1960s, Sharon Tate.

“We honor Sharon Tate’s life and loves in this personal collection that captures the style of a woman whose life was cut way too short and has long been overshadowed by an unspeakable tragedy.”