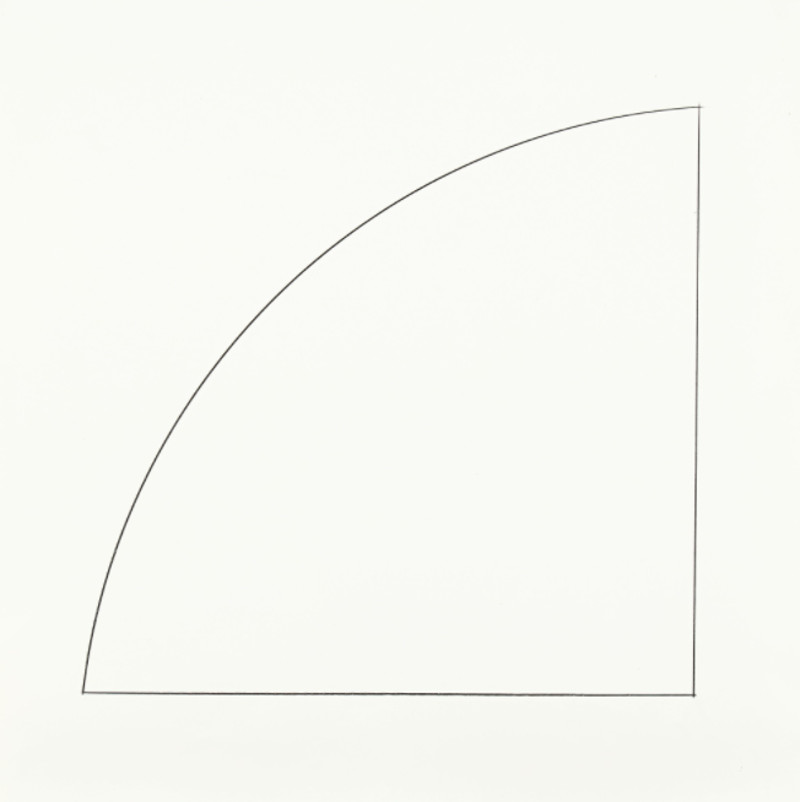 A collection of sculptor’s illustrations from the Seagram collection will star in Sotheby’s Contemporary Art Online sale on March 2.
The sale focuses on influential contemporary sculptors, including Ellsworth Kelly and Eva Hesse.

As the auction house comments: “Ranging from fascinating preparatory drawings that document some of the 20th century’s most influential artistic ideas, to stand-alone works that serve as consummate examples of these formal concepts, the landmark collection of drawings embodies the uninhibited experimentation and intimate expression afforded by the medium.”

It doesn’t get any more minimalist than this. A single pencil line curves to meet the edges of a right angle.

At the same time, it’s a deceptively beautiful illustration with a perfect sense of balance. The design would become a sculpture, Curve II, that was installed outside architect Philip Johnson’s iconic Glass House in Connecticut.

Best known for his monumental COR-TEN constructions, this early work offers an insight into Serra’s process. It’s a black paint rendering of a rock he saw in Peru.

The shape and positioning of the form conveys lightness despite the depth of the black – a property shared by the artist’s later work. While he never went on to create the planned larger sculpture, this work did inspire a major piece titled Bilbao in 1983.