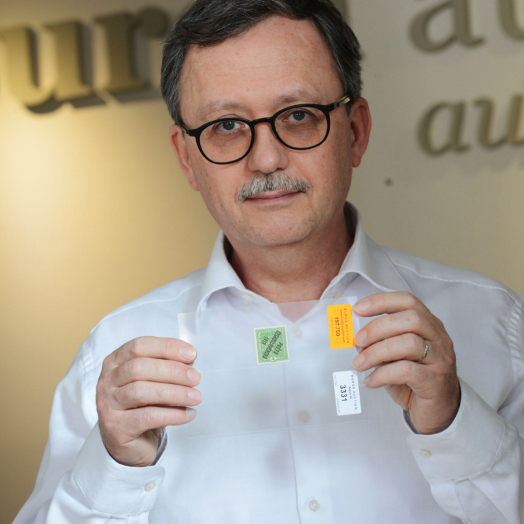 Czechoslovakia’s rarest stamp comes to auction for the first time in 90 years on March 11, when it’s expected to make $200,000.
The 1919 green four-crown stamp bears an inverted black “Posta ceskoslovenska” overprint. This configuration is so rare, it’s actually unique.

The stamp is a real history lesson. Why so? Because it was produced by the Austro-Hungarian Empire, of which Czechoslovakia was a part until it achieved independence in 1918.

Yet rather than pulp the country’s stock of old Austro-Hungarian stamps upon gaining independence, the Czech postal authorities simply amended them instead. Hence the “Posta ceskoslovenska” overprint.

Czech auction house Burda Auction, which is selling the stamp, comments that it is “the rarest and most valuable Czechoslovak stamp, the gem of whole Czechoslovak philately”.

The stamp’s value is boosted by its quality. Just lightly hinged, it bears its original gum and displays superb centring.

The stamp has a storied ownership history. It sold at auction in 1928 before making occasional appearances at the country’s stamp shows for the next 50 years.

Ludvík Pytlícek, the country’s most celebrated philatelist, acquired the stamp privately in the 1990s. The 75-year-old is now parting with the piece as he completes the sale of his entire collection, reports the Prague Daily Monitor.

Pytlícek’s hand has been forced by the realisation – common to many an aging philatelist – that no one in his family is remotely interested in owning his collection once he’s gone.