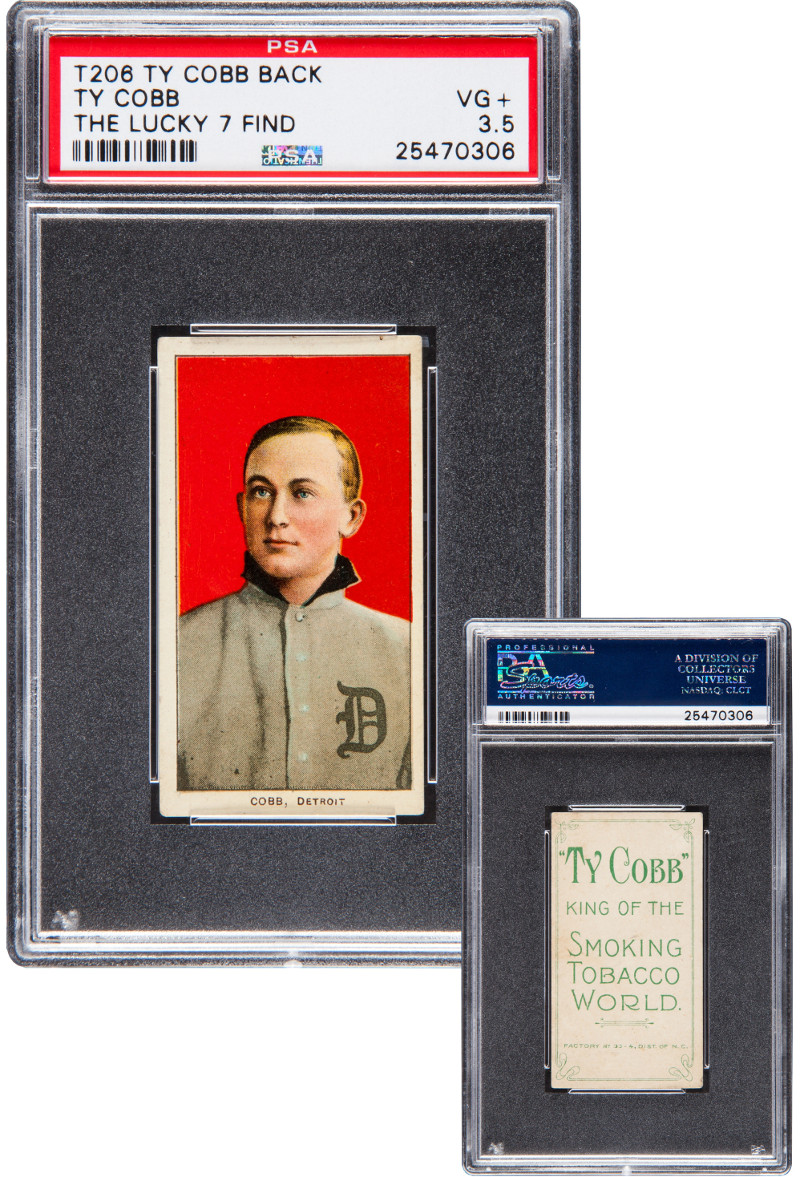 Prior to 2016, only 15 specimens were known across a range of grades. It’s still the rarest card in the T206 catalogue, although the Honus Wagner (75 specimens) is the one that sells for the biggest sums (up to $3.1m) due to its status as a classic rarity.

You might well wonder how on earth seven of the rarest cards in the hobby turn up in one house. The answer is that the T206 cards were distributed in tobacco tins.

One of the former residents was a loyal smoker of Ty Cobb branded tobacco, which featured a higher than average distribution of the Cobb cards.

That dates it to Ruth’s barnstorming early years with the Yankees. While he’d been deployed as a pitcher at the Red Sox, the Yankees had the foresight to use him almost exclusively as a batter.

Babe Ruth broke the league record in his first couple of months and continued to smash them out of the park at an extraordinary rate. Crowds began turning up in enormous numbers. By 1923, the Yankees were forced to move to a bigger stadium to accommodate everyone.

This bat weighs over 1.2kg, making it one of the heavier bats in Ruth’s arsenal.