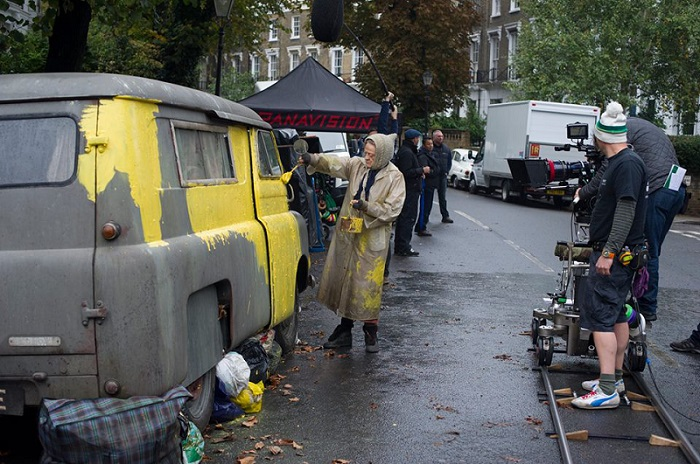 A piece of British film history is heading for auction next month, amongst a line-up of classic cars at the Practical Classics Restoration and Classic Car Show in Birmingham.
The sale, conducted by Silverstone Auctions, will include a 1957 Bedford CA van which featured in the awarding winning film ‘The Lady in the Van’, starring Dame Maggie Smith.

Bennett later discovered that the woman had previously been a talented pianist, before attempting to become a nun and later escaping from a mental institution to which her brother had committed her.

The van appears extensively throughout the film, and even bears the striking yellow paint work applied on-screen by Dame Maggie herself.

In addition to its allure as a piece of movie history, the now-rare Bedford van is highly collectible as a vehicle in its own right. The early split-screen example was restored prior to filming, including an engine rebuild, and remains in good working order.

“We’re excited to be offering a piece of British cinema history at our sale which, paired with the appeal of the Bedford van to classic collectors, makes for a very exciting and unique opportunity for our customer,,” said Nick Whale, managing director of Silverstone Auctions.