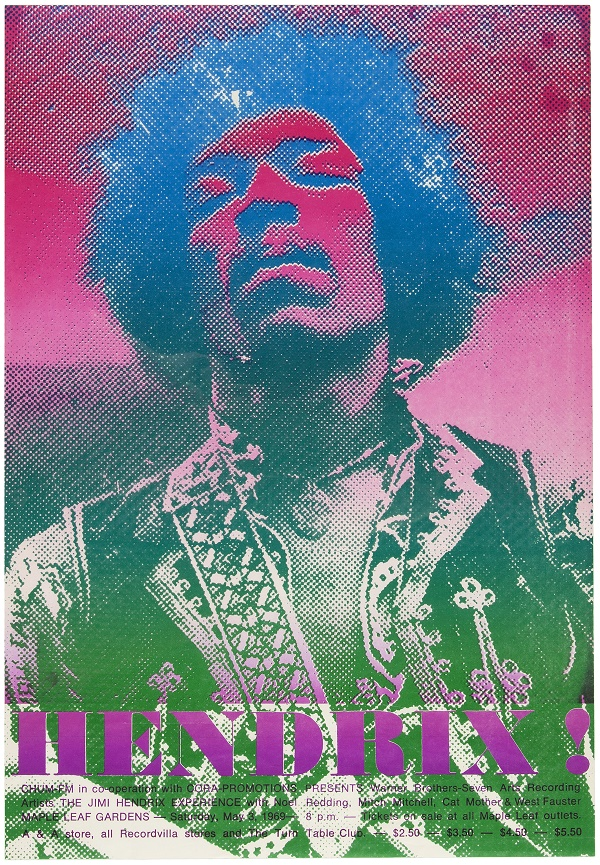 A pair of rare Jimi Hendrix posters will be up for grabs as part of a forthcoming sale at Hake’s Americana.
Although led by a strong selection of historic political campaign memorabilia, the online auction will also offer a treasure trove of items across the categories of entertainment memorabilia, illustration art and vintage toys, amongst many others.

The two posters both date from 1969, and the last days of the Jimi Hendrix Experience during their final U.S tour. The first promotes an April 12 show at the Spectrum in Philadelphia, with support from Soft Machine and Buddy Miles, who teamed up with Hendrix later that year as part of his new group Band of Gypsys.

The second poster promotes the band’s May 3 gig at Maple Leaf Gardens in Toronto, one which Hendrix almost missed thanks to an earlier drug bust by Canadian police. Having discovered illicit substances in his luggage, the authorities later set Hendrix free when he posted bail for $10,000 and he turned up on time – although by that point relationships between the group were so fractured that they split up six weeks later.

Both posters are highly rare, with few surviving examples in any condition, and are each expected to sell for $5,000-$10,000.

Bidding in the Hake’s Americana sale closes on March 15-17.