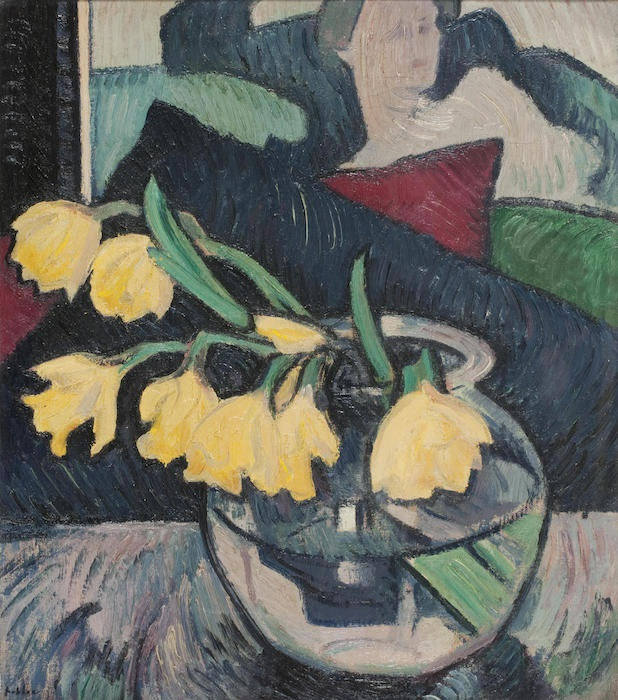 Important works by members of the Scottish Colourists will lead the annual Bonhams Scottish sale in Edinburgh next month.
Works by George Leslie Hunter and Samuel Peploe will be amongst the selection of more than 350 lots, which will range from fine art, ceramics and jewellery to rare books, manuscripts, arms & armour, and scientific instruments.

"The Scottish Colourists are always a highlight of the annual Scottish Sale but this year we have a particularly strong and attractive group of paintings which I expect to have wide appeal both in Scotland and elsewhere," said Bonhams head of Scottish Art, Chris Brickley.

The Scottish Colourists were a group of four artists – Samuel Peploe, Francis Cadell, John Duncan Fergusson and Leslie Hunter – who took inspiration from the French Impressionists and combined the ideas and techniques with the painting traditions of Scotland. Their vibrant use of colour and light made them world-renowned during the 1920s and 30s, and their work has since influenced generations of Scottish artists.

Amongst the most notable works on offer is ‘Still Life of Carnations and Fruit’ by George Leslie Hunter, appearing at auction for the first time in its history. Painted in the 1920s, the still-life was gifted to the artist’s physician and, having remained in the family ever since, will now be offered with an estimate of £80,000-£120,000 ($112,650-$168,970).

The auction also includes four significant paintings by Samuel Peploe. Cassis (Rooftops), estimated at £80,000-£120,000, was painted in 1913 during a trip to the South of France, a popular destination for all four Scottish Colourists who were attracted to the vivid light and colours of the region.