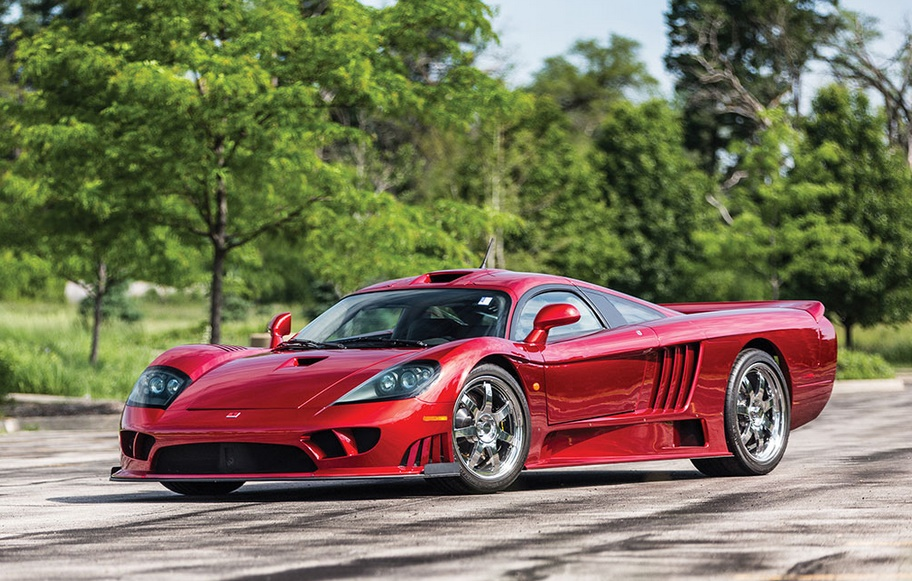 One of the fastest American cars ever built, the Saleen S7, is amongst the top lots in the upcoming RM Sotheby’s Motor City sale.
The car is expected to sell for a potentially record-breaking $650,000-$750,000 when it comes up for sale in Michigan next month.

Capable of going from 0-60 mph in just 2.8 seconds, and with a top speed of 248 mph, the Saleen S7 Twin Turbo is one of the fastest street-legal American cars ever produced.
It was originally designed for the racetrack, and the road-going versions retain the carbon fiber body and 427-cubic inch V-8 engine.

"Many of the world’s most important collectible cars were founded on the track in period, and the Saleen S7 is no exception, as one of the only U.S.-made modern supercars with competition history," says Barney Ruprecht, Car Specialist, RM Sotheby’s.

“With racing pedigree, sought-after low-mileage, and a Ford-built engine producing numbers that remain impressive 10 years down the road—this is an all-American supercar, through and through.”

As one of only 13 factory Twin Turbo road cars built in 2006, the car was amongst the last batch of S7s ever produced. With two owners from new and just 300 miles on the clock, the car is believed to be the lowest-mileage example in the world and is presented in factory-fresh condition.

"The S7 is a great fit with our Motor City sale, an event which is best known for celebrating accomplishments in American automotive history," added Ruprecht.

"The addition of the supercar to this year’s docket sees the sale catalogue span American design and ingenuity from the early automobile through today. It will be complemented by a fantastic selection of European automobiles at Motor City, as we broaden the event’s scope to appeal to a diverse range of collectors.”

The RM Sotheby’s Motor City sale takes place on July 30 at the Inn at St. John’s in Plymouth, Michigan, as the official auction of the annual Concours d’Elegance of America weekend.