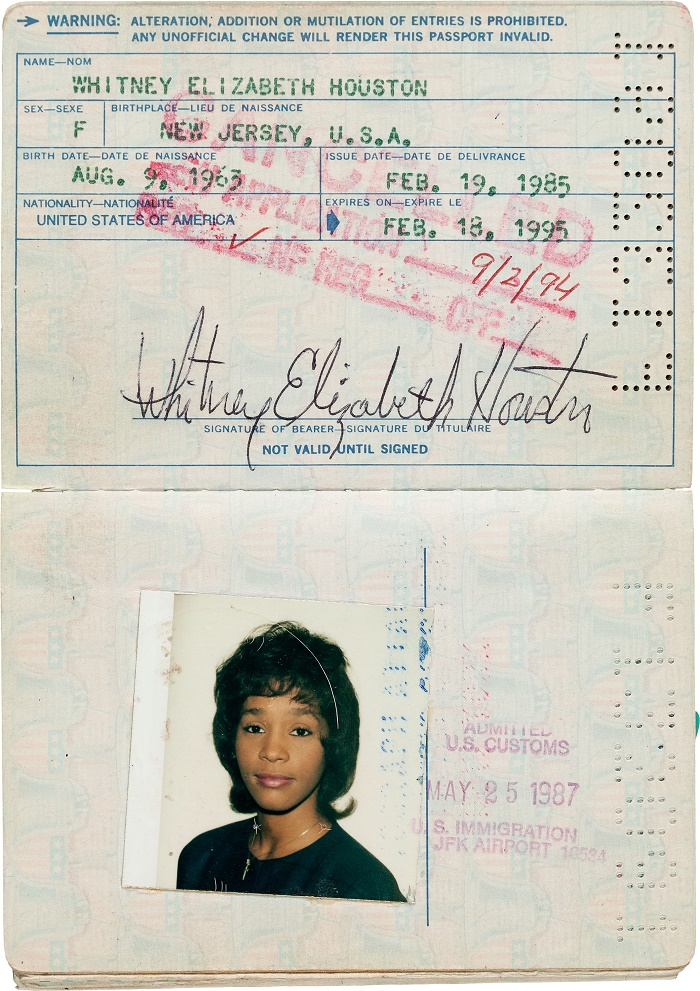 A collection of memorabilia from the life and career of pop legend Whitney Houston will cross the block at Heritage Auctions later this month.
The company’s Entertainment & Music Signature Auction in Beverly Hills will offer 100 lots from her Estate, including personal items, stage-worn costumes and numerous awards.

"We felt that it was time to give something of Whitney to the people who loved her and her music, and, conversely, who Whitney loved back with all of her heart and soul," said Pat Houston, Whitney’s sister-in-law, manager and the President of the Whitney Houston Estate.

Houston remains one of the best-selling music artists of all-time, with an estimated 200 million records sold worldwide. Since her passing in 2012 several items have appeared at public auction, but Heritage will be the first company to offer lots directly from her family’s collection.

These include Emmy, Grammy and American Music Awards won throughout her career, for songs including ‘I Will Always Love You’, ‘Saving All My Love for You’ and ‘I Wanna Dance with Somebody (Who Loves Me)’.

Notable items of clothing will include a Dolce & Gabbana custom designed floor-length fur coat, worn by Houston during her 1999 My Love Is Your Love tour, and a Naval Cap worn during the 1991 HBO Special Welcome Home Heroes.

The auction will even include the singer’s passport, used from her first international tour back in 1985 through to her performances around the world to promote the hit movie The Bodyguard in 1993.

"Whitney Houston, still so widely beloved and venerated today, was the voice of her generation and the most highly awarded female vocalist in history," said Garry Shrum, Consignment Director for Entertainment & Music memorabilia at Heritage Auctions.

"This collection, lovingly offered by her family and her estate, offers fans and collectors both moving insight into her amazing talent and glamorous career."