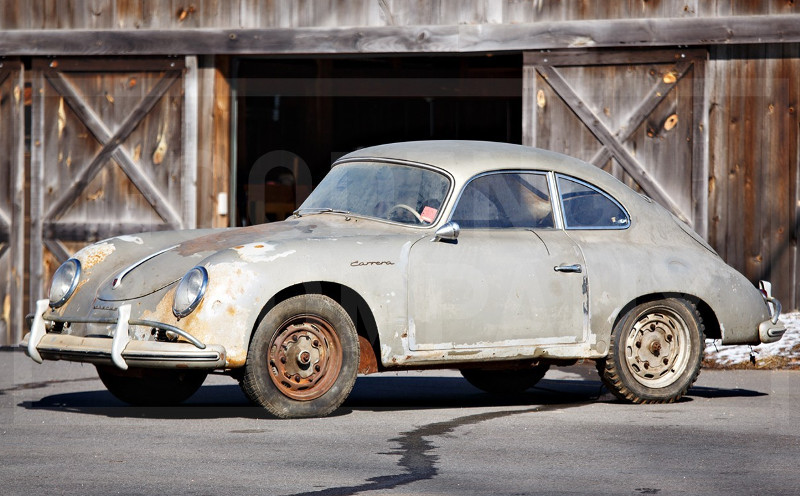 It’s one of the stranger quirks of the classic car industry that a beaten up old junker can sometimes be worth more than a pristine, beautifully presented specimen. This car, while in no fit state to drive anywhere at present, is all original – including the totally dismantled engine and the shredded leather interior.

The owner, a former army officer, acquired the model new in 1970. He drove it infrequently until 1973, when it failed a Georgia state safety inspection. He never got round to fixing it and the car has spent the past half century plummeting into a state of disrepair.

David Brynan of Gooding & Company told the Daily Mail: "This was Porsche’s top of the line road car and one of the most exotic** **sports cars of the 1950s.

“They have always been sought after, so most have been restored at least once. To find a car that hasn’t been seen in 40 years, and that retains so much original character is virtually unheard of.”

Top of the line restored Porsche 356A 150 GS Carrera Coupes go for around $800,000, a sum that’s only a little above the top estimate for this car. Once restored, we’re probably looking at a new record setter.