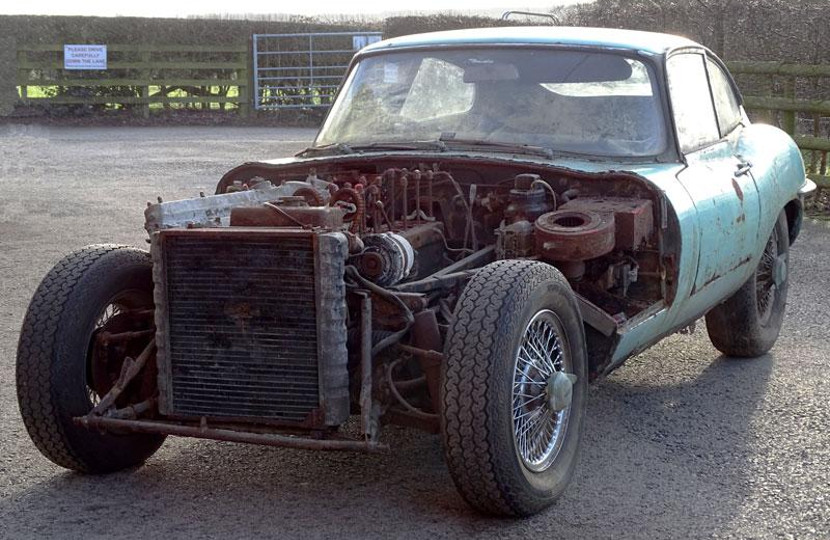 A 1965 Jaguar Series 1 E-Type discovered rusting at a home in Yorkshire, UK realised £41,625 ($58,774) at H&H Classics on March 21.
The car was in a spectacular state of disrepair, having been exposed to the elements for decades. Collectors were drawn in by the matching numbers engine and the fact the vast majority of components on the car are original. The clock displays a paltry 60,140 miles, which further enhances its appeal.

The auction house commented: “Yes, okay, it will take a fair bit of recommissioning, but appears to be pretty much complete (a bonnet is included in the sale), and a perfect example of what even Enzo Ferrari thought was one of the most beautiful cars ever made could be the end result.”

The E-Type is one of the most iconic British cars of all time. Flowing lines and shining chrome pair with an extremely powerful 4.2 litre engine. It was an instant hit on its release in 1961.

The model was built following the 1970 London-Mexico Rally, in which Hannu Mikkola and Gunnar Palm clinched a resounding victory in a Ford Escort.

The car was intended to captialise on that success. With a top speed of 99mph it would be considered sluggish today, but the handling is second to none.