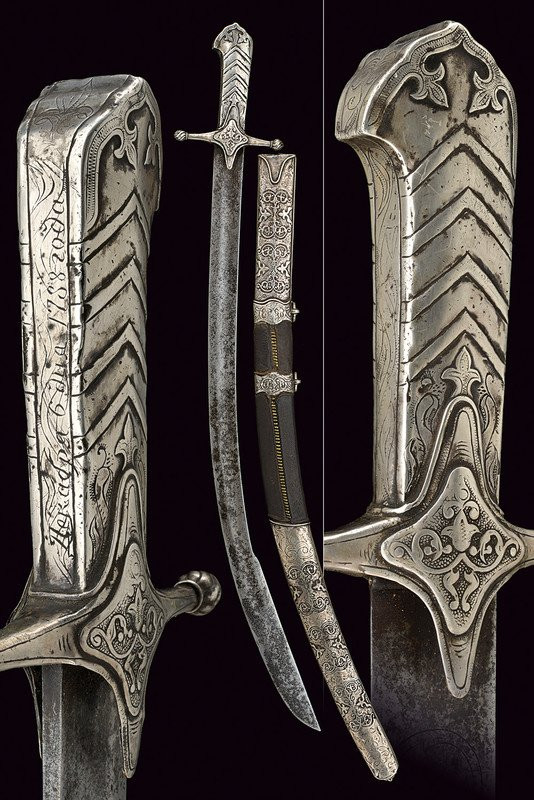 The lot is engraved with the date of December 6, 1788, likely to commemorate the capture of the city of Ochakov – one of the biggest battles of the Russo-Turkish war.

Ochakov (now Ochakiv, in modern day Ukraine) was one of the first cities to come under attack from Russian troops.

After six months of siege the Russians mounted an attack and captured the city. The news proved a major blow to sultan Abdul Hamid I, who died soon afterwards.

The sword displays a monogram of Catherine II and would have been presented to an officer in the Russian army.

A rock crystal kandshar belonging to Lawrence of Arabia is also on offer with a valuation of $9,742-11,830.

TE Lawrence was a British intelligence officer tasked with helping ferment revolt against the Ottoman empire during the first world war.

At the time the Ottomans were allied with the Germans. Lawrence led local bands of Arabian tribesmen in a guerrilla campaign, striking supply targets and lightly defended towns.

The blade was likely given to him as a gift during the campaign.