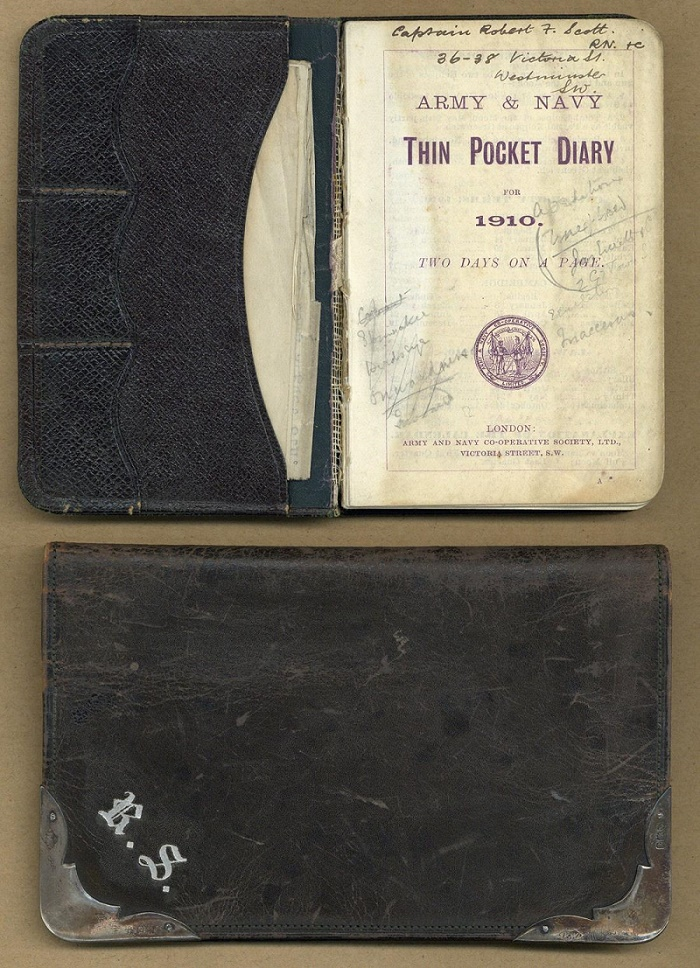 A previously undiscovered diary written by Antarctic explorer Robert Scott is heading for auction in London this week.
Dating from 1910, the pocket journal describes Scott’s preparations for his historic, and ultimately ill-fated, Terra Nova Expedition to the South Pole.

This diary serves as a ‘prequel’ to Scott’s expedition diary, regarded as one of the most famous diaries in the English language, which recounted the tragic story as his team was first beaten to the South Pole by Roald Amundsen by a matter of days, and then died on their return trek.

The 1910 diary offers an insight into the frantic behind-the-scenes preparations which led to the expedition.

One of the main issues Scott faced was finding sufficient funding, and the diary notes trips around the U.K to cities such as Middlesbrough, Manchester and Liverpool, for a series of fund-raising dinners, lectures and press calls.

Scott also makes note of meetings with the Australian and New Zealand High Commissions, the Admiralty and the Royal Geographic Society; a medical exam for the crew’s officers; and a visit to the ship by directors of supplier Huntley & Palmers, who provided specially-made biscuit rations for the expedition.

Once financing was in place, the Terra Nova finally set sail from Cardiff on June 15, but Scott was detained in Britain as he continued to make arrangements. Amongst his final appointments, as marked in his diary, were audiences with Queen Alexandra of Denmark on June 25 and the recently-crowned King George V on July 5.

The diary’s final entries include lists of suppliers, and the note "After the expedition a list of firms whose goods were taken and were found to be thoroughly satisfactory will be published", written before Scott set sail aboard a passenger ship on July 16 to meet up with the Terra Nova South Africa.