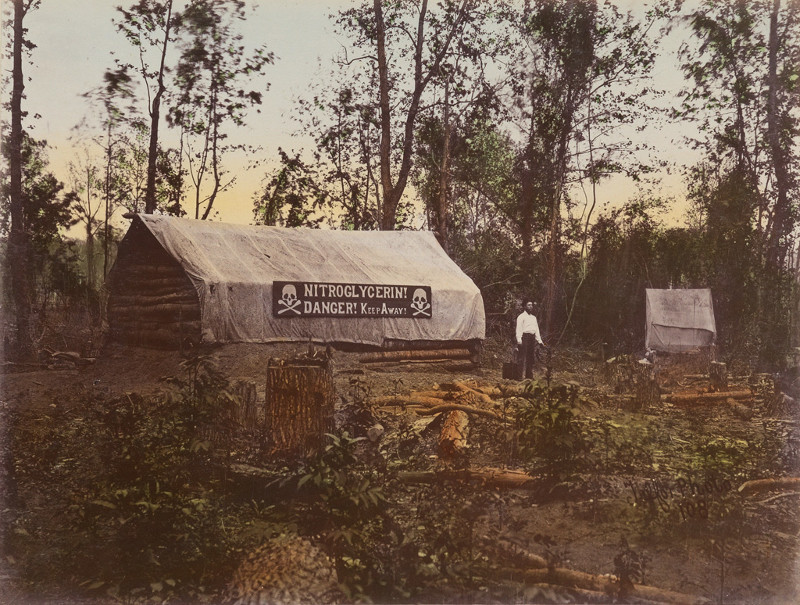 Photographic Views of Red River Raft, a celebrated collection of images by photographer Robert B Talfor, was the surprise hit of Swann Auction Galleries’ February 15 photographs sale in New York.
Talfor tagged along with the US Corps of Engineers on their 1873 removal of the Great Raft obstructing the Red River in Louisiana.

The raft was an enormous blockage of logs that at one stage clogged the river for over 160 miles, making travel impossible.

The raft had originally been cleared by Henry Shreve in 1832-1838. The town of Shreveport, Louisiana is named in his honour.

However, within less than four decades the blockage was back.

This time the army was sent in with the full backing of Congress.

In all it took around two years to clear the jam.

The Corps’ use of explosives also greatly changed the local area, resulting in the draining of a number of nearby lakes.

Talfor’s stunning photographs capture this monumental feat of engineering, as well as showing the river as it was.

The photograph was taken in a factory in Philadelphia in 1920 and shows a muscle-bound man posing with a wrench.

The image was part of a larger series on America’s economic miracle, but took on a life of its own outside the project.

It would prove a major inspiration for filmmakers, with Fritz Lang and Charlie Chaplin making their own homages to the composition in Metropolis (1927) and Modern Times (1936), respectively.