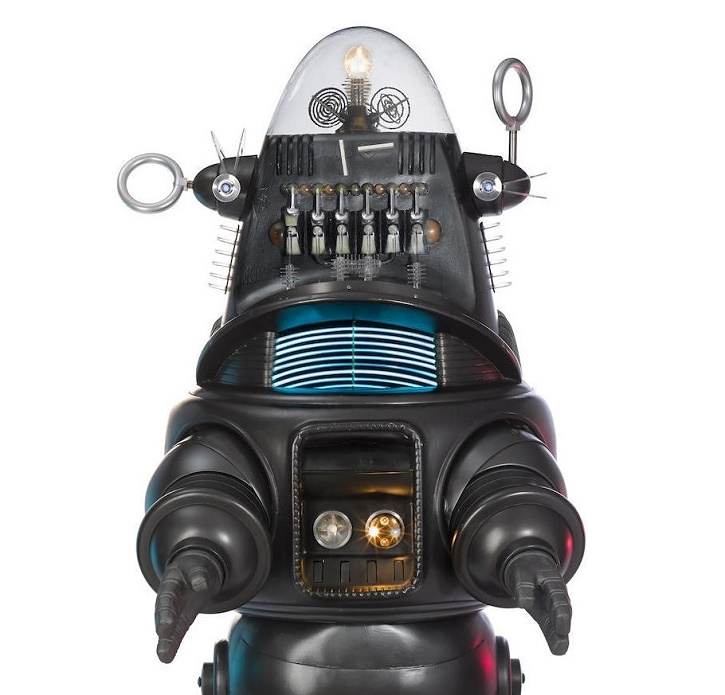 The original Robby the Robot has sold at Bonhams for $5.37 million, making it the most valuable movie prop of all-time.
The seven-foot tall robot starred in the 1956 science fiction classic Forbidden Planet, and is regarded as the most iconic movie robot of all-time.

A four-way bidding war erupted at the auction in New York on Tuesday evening (November 21), ending in the record-breaking price.

The previous record belonged to the original Maltese Falcon statue, which appeared in the 1941 film noir alongside Humphrey Bogart, and sold at Bonhams in 2013 for $4 million.

"This is an out-of-this-world result for one of the most loved items in movie history," said Dr. Catherine Williamson, the Director of Entertainment Memorabilia at Bonhams.

"Robby the Robot is one of those symbols of American culture that is embedded in our DNA. We are thrilled for the consignor, William Malone, who has cared for Robby for so many years and we are delighted that so many of Robby’s fans took the once-in-a-lifetime opportunity to see him at Bonhams."

Robby was originally built by the production department at MGM at a cost of $125,000, which at the time made him one of the most expensive props ever made.

He was the breakout star of Forbidden Planet, and went on to appear in dozens of other films and TV shows such as The Invisible Boy, Lost in Space, The Addams Family and The Twilight Zone.

In 1970 MGM sold off the vast majority of their props and costumes, and Robby was acquired privately by collector Jim Brucker, who displayed him at the Movie World / Cars of the Stars Museum in California.

When the museum closed down in 1980 Robby found a new home with filmmaker and collector, William Malone, who spent years restoring him to his former glory.

"I’m astounded by the result, but also sad to part with him," said Malone, who had owned Robby for more than 35 years.

"However, it’s time Robby finds a place where he can be displayed, and with someone who can look after him. Of course, he will leave an empty spot in my house—and in my heart."