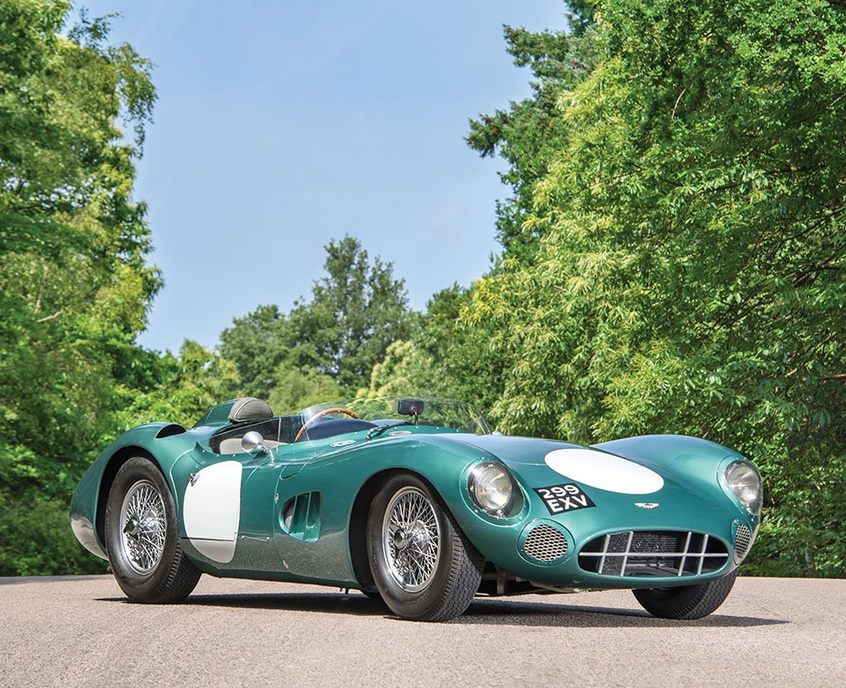 An upcoming sale at RM Sotheby’s will feature "arguably the most important Aston Martin ever produced".
The company’s flagship sale in Monterey, California on August 18-19 will present the very first Aston Martin DBR1 ever built, DBR1/1.

The car is expected to realize more than $20 million, which would make it the most expensive British car ever sold at auction.

The current auction record for an Aston Martin was set in 2015, when the same auction house sold a 1962 Aston Martin DB4 GT Zagato in New York for $14.3 million.

The car was one of just five examples ever built, with the purpose of winning the Le Mans 24 Hours race – a feat which the British marque finally achieved in 1959.

It was later sold to the privateer Essex Racing Stable, and continued its racing career until 1962 when it was acquired by the Honourable John Dawnay, president of the Aston Martin Owner’s Club.

Having passed through two further important private collections, DBR1/1 will now be offered at public auction for the first time in its history.

The car is part of a remarkable group of historic Aston Martins heading for sale in Monterey.

"This is the most significant group of Astons to ever come to auction,” says Barney Ruprecht, Car Specialist, RM Sotheby’s. "It is a true privilege to be entrusted with the sale of all four remarkable cars.

"From the Ulster—the pinnacle of pre-war competition—to the founding member of the DB4GT family, the ultimate Aston in the DBR1, all the way through to modern times with the DBR9, the group represents the complete lineage of Aston Martin competition history."