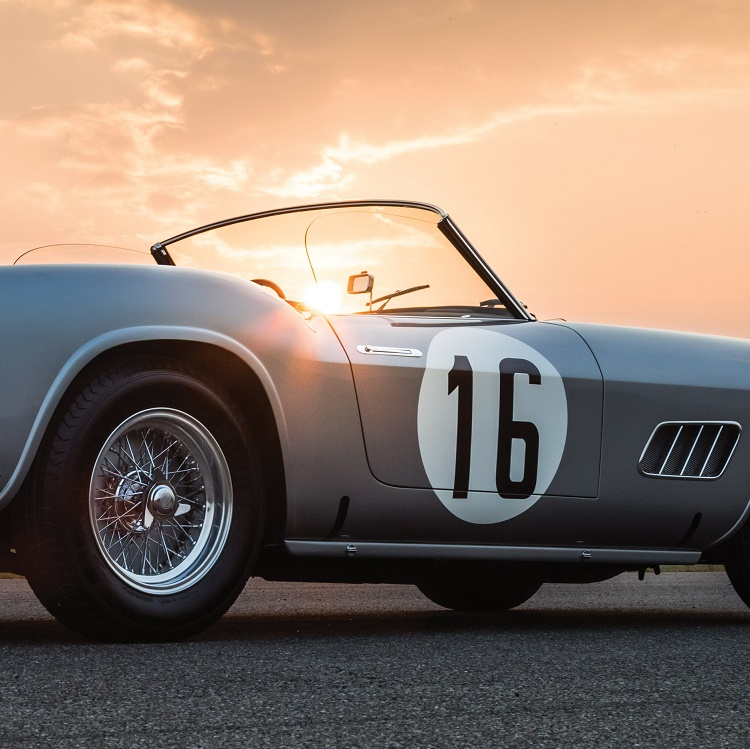 A historic Ferrari with a Le Mans pedigree could bring up to $17 million at RM Sotheby’s next month.
The Ferrari 250 GT LWB California Spider will be offered for sale as part of the company’s hotly-anticipated New York – ICONS auction.

Just eight California Spiders were ever produced with aluminium bodies and built to full competizione specifications.

This example, chassis 1451 GT, was originally ordered in 1959 by Luigi Chinetti, the renowned U.S Ferrari importer and founder of the North American Racing Team (N.A.R.T.).

It was then sold to Bob Grossman, a sports car dealer and gentleman racer from New York, and registered as one of three N.A.R.T entries into the 1959 24 Hours of Le Mans race.

When the car arrived at Le Mans, it was fresh out of the factory in Maranello. So fresh, in fact, that it hadn’t received a full coat of paint and the unfinished seats were still covered with rags.

It had, however, been factory-tuned to perfection.

Although Grossman had never driven at Le Mans before, and had met his co-driver Fernand Tavano for the first time just prior to the race, the pair performed superbly in the Ferrari.

Over the course of the 24 hours they completed 249 laps at the Circuit de la Sarthe, finishing an impressive third in their class and fifth overall.

Grossman then had the car properly painted and finished, before shipping it back to the U.S.

He raced the Ferrari at SCCA events at Thompson, Bridgehampton and Watkins Glen, followed by Speed Week at Nassau, where it claimed victory in the Memorial Trophy race.

The car was retired from racing in 1960, and passed through the hands of several collectors before new owner Jon Masterson commissioned a complete restoration in 1983.

It remained with Masterson in California until 2007, during which time it was awarded 1st in Class honors at the Pebble Beach Concours d’Elegance.

The Ferrari was then acquired by its current owner, who had it completely restored back to its historic Le Mans configuration in 2011.

Offered with Classiche-certification, the California Spider is eligible for the world’s most exclusive historic racing events, and looks set to attract an eight-figure sum when it rolls across the block on December 6. 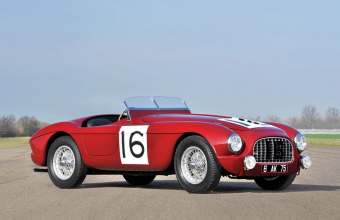