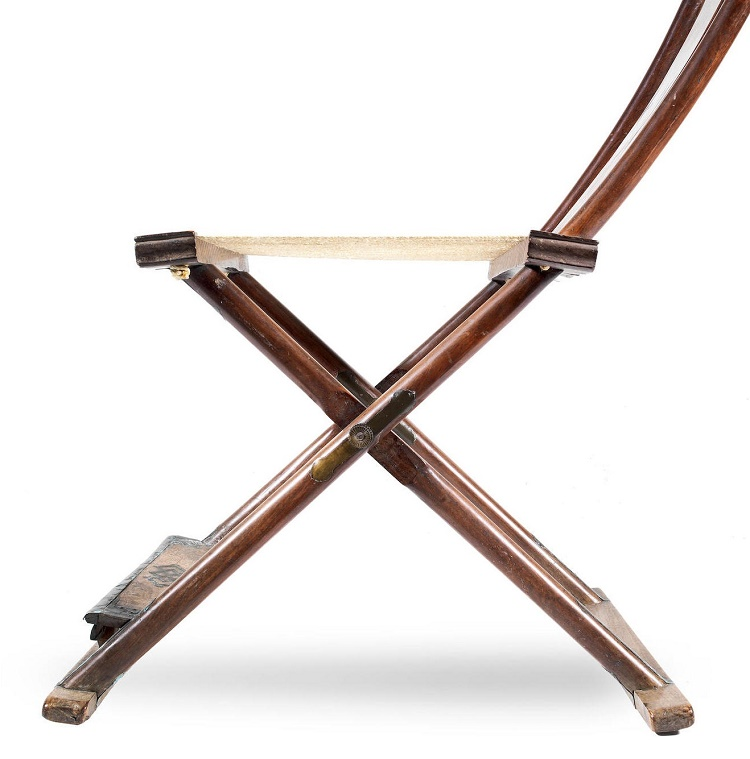 A set of Chinese folding chairs stunned auction goers at Bonhams this week, selling for almost $7 million against an estimate of just $200,000.
The set of four Huanghuali folding chairs dated from the 16th/17th century, and was described as "a masterpiece of Ming dynasty furniture making".

However, the moment they crossed the block a bidding war erupted between rival collectors.

A packed saleroom watched on as the price soared upwards, until an anonymous telephone bidder won out with a final price of £5,296,250 ($6,949,486) including buyer’s premium.

"The fierce and lengthy bidding reflected the huge importance and rarity of these chairs and is a testament to the Marchese Taliano de Marchio’s incredible eye," said a Bonhams spokesperson following the sale.

Marchese Taliani de Marchio served as an Italian diplomat throughout the first half of the 20th century, during some of the greatest upheavals in European history.

From 1938 to 1946 he served as Ambassador to the National Chiang Kai-shek Government in Nanjing, during which time he and his wife spent two years interned by the Japanese in a concentration camp.

Somehow during this eight-year period, he also found time to assemble a remarkable collection of Chinese decorative arts and furniture.

The incredibly rare square-backed folding chairs would have originally belonged to someone of great wealth and status.

Chairs of this kind were often used as travel accessories, for formal and informal occasions, and could be found anywhere from leisurely holidays to military expeditions.

This extensive wear and tear meant that few examples survived, and the set offered at Bonhams were the only-recorded examples of their kind still in existence.