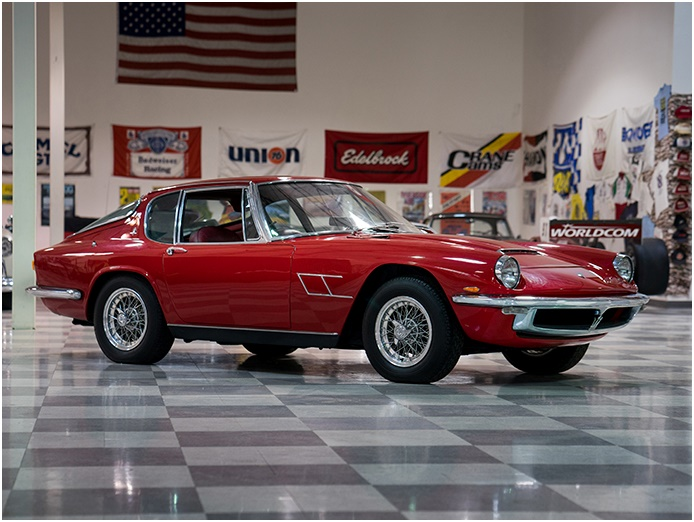 Auctions America is set to offer 34 automobiles from the collection of the Riverside International Automotive Museum.
The cars will cross the block as part of the highly-anticipated Santa Monica sale, which takes place at the historic Barker Hangar on June 25-26.

The Riverside International Automotive Museum (RIAA) was founded in California in 2006 by the father-son team of racing enthusiasts Ray and Doug Magnon.

The 20,000 square-foot museum includes a number of historic California race cars, along with one of the most comprehensive collections of Maseratis in the country, with an example of every Maserati road car issued in the U.S from 1951 to the present day.

"Doug was well-known and respected in the Maserati community, and his passion for Italian cars was renowned," said Philip Yanni, board member for the Riverside International Automotive Museum. "He was passionate about Maserati and Eagle race cars in particular, and his collection reflects that. His cars didn’t collect dust – he actively drove them, raced them, and enjoyed them."

Following Doug’s passing in 2015, many cars from the collection will now be offered at auction, giving other collectors a chance to enjoy them as much as he did.