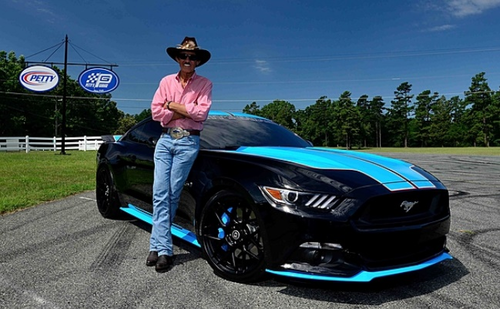 Mecum has announced a very special addition to its Dallas Auction line-up: a 2015 Ford Mustang GT donated by Richard Petty.
The seven-time NASCAR champion will offer the car, custom-built by Petty’s Garage, with all proceeds set to benefit the Paralyzed Veterans of America (PVA).

“We’re thrilled to be involved with two highly respected organizations—the Paralyzed Veterans of America and Richard Petty Motorsports—and to help with their shared cause,” comments Mecum Auctions’ President and Founder Dana Mecum. “The Mustang is a great addition to our Dallas lineup, and we’re excited to have ‘The King’ Richard Petty join us at one of our biggest auctions of the year.”

“It’s important to me that we really support Paralyzed Veterans of America and those who fought for our freedom,” said Petty. “[The car] has all the performance upgrades you need including over 600 base horsepower and much more. The seats even match my cowboy boots! It’s truly a special piece and one that I hope to see raise a lot of money for the cause.”

“This is a tremendous gesture by Richard Petty to allow us to raise funds through Mecum Auctions,” says Al Kovach Jr., national president of Paralyzed Veterans of America. “We can’t wait for the auction, as we know it will truly make an impact on the lives of so many deserving disabled veterans and see the monies raised help those we serve."

The car will be just one of the 1,000+ cars set to cross the block at the Kay Bailey Hutchison Convention Center in Dallas on September 16-19. Further highlights from the four-day sale will include a 1969 Ford Mustang Boss 302 Fastback, a 1969 Dodge Daytona, a 1957 Ford Thunderbird F-Bird, a 1932 Ford Boydster II Street Rod and a 1985 Lamborghini Countach 5000S. 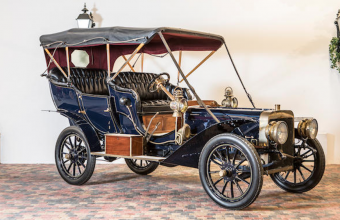