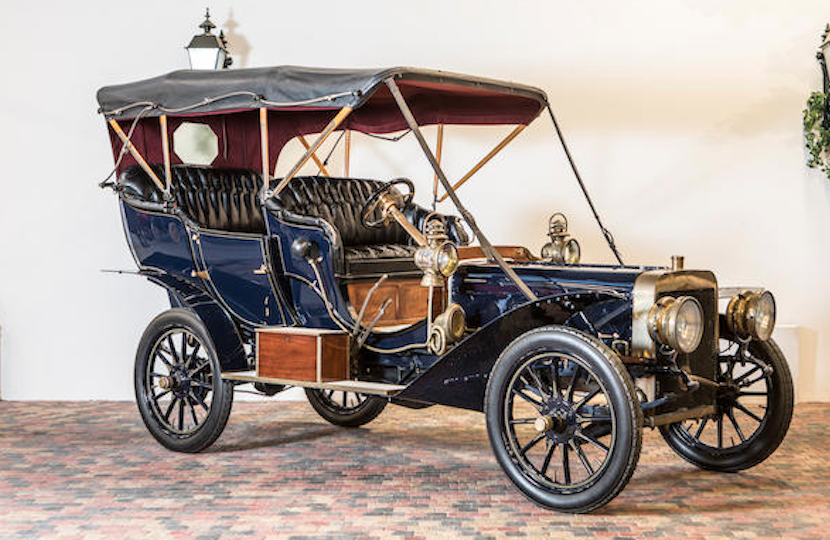 The Den Hartogh Museum in Hillegom, Netherlands is believed to be the world’s largest single owner collection of Ford motorcars. The entire collection is now being primed to cross the block at Bonhams, in what is sure to be one of the most anticipated classic car auctions of the year.

The sale will take place in the grounds of the museum on June 23.

The auction includes a rare 1906 Ford Model K open tourer, valued at $235,390-353,085. This was the first of the company’s cars to be outfitted with the powerful new inline-6 engine. It proved enormously popular, raising enough funds for the company to take the risk of putting all its resources into one new mid-range car – the legendary Model T.

Former owner and museum proprietor, Piet den Hartogh, encountered his first Fords while working at his father’s transport company in the early 20th century. He bought his own Ford in 1956, sparking a lifelong love affair with the marque.

Rupert Banner, Bonhams’ head of motoring, said: “This is an extraordinary opportunity, and one which Bonhams is delighted to have been selected to undertake.

“The Den Hartogh collection is legendary throughout Europe, and has been a pilgrimage for Ford aficionados for many years. It will be a pleasure to offer this astonishing range of Fords and Lincolns on site at the museum which has so carefully housed them for the past 21 years.

“Every vehicle must be sold and each lot is offered without reserve, meaning that both Ford enthusiasts, and the wider collecting community, will be able to bid for their own piece of the marque’s history.”

The cars in the sale span the marque’s storied history, with the vast majority dating to its golden period during the 1930s. A 1932 Model 18 V8 Type 40 roadster is a particularly choice specimen, offering classic Chicago mobster appeal. It’s valued at $46,988-64,609.