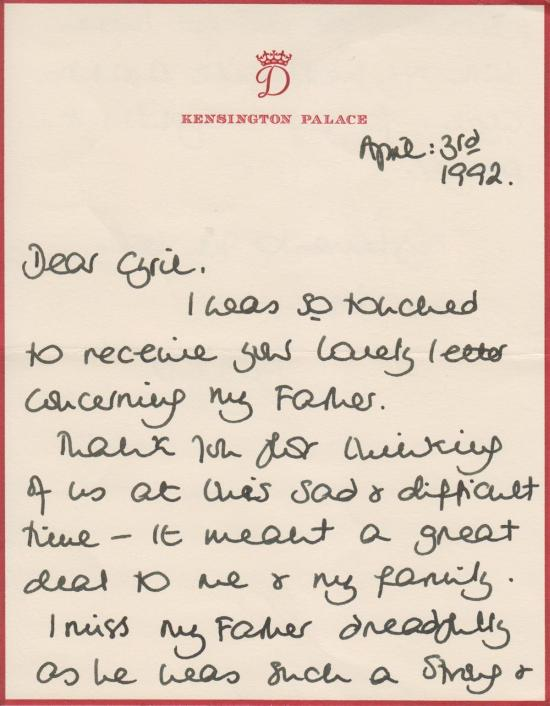 A series of revealing letters written by Princess Diana have sold for more than $18,000 at auction in the U.K.
Diana wrote the six letters to Cyril Dickman, a Buckingham Palace steward who shared a close relationship with the princess and supported her after the death of her father in 1992.

The letters offered an insight into the lives of Diana and her young family, including Prince William’s love for his newborn baby brother, and Harry becoming a constant troublemaker at boarding school.

Each of the letters offered sold for many times their original estimates. The most valuable, which fetched £3,200 ($3,970), touched on the brotherly love between the two youngprinces:

“William adores his little brother and spends the entire time swamping Harry with an endless supply of hugs and kisses, hardly letting the parents near! The reaction to one tiny person’s birth has totally overwhelmed us and I can hardly breath for the mass of flowers that are arriving here!”

Another was written by Diana after the death of her father, in response to a consoling letter from Dickman:

“Dear Cyril, I was so touched to receive your lovely letter concerning my father. Thank you for thinking of us at this sad and difficult time – it meant a great deal to me and my family. I miss my father dreadfully as he was a strong and positive force in our lives…”

And Prince Harry’s rebellious streak was evident in a note from October 1992, in which Diana notes:

“The boys are well and enjoying boarding school a lot, although Harry is constantly in trouble!”

“One of the nice things about this collection is that it reveals the personal side,” said John Foster of Cheffins auctioneers, in an interview with the BBC.

“It’s not just thanking someone for an event, it’s things like the handwriting and the squiggly drawings. There is also mention of when Diana’s father passed away and how sad it was, talking of the children when they were at school, how much trouble they got into, just those personal touches which you never really get to hear about.” 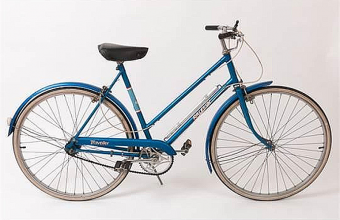