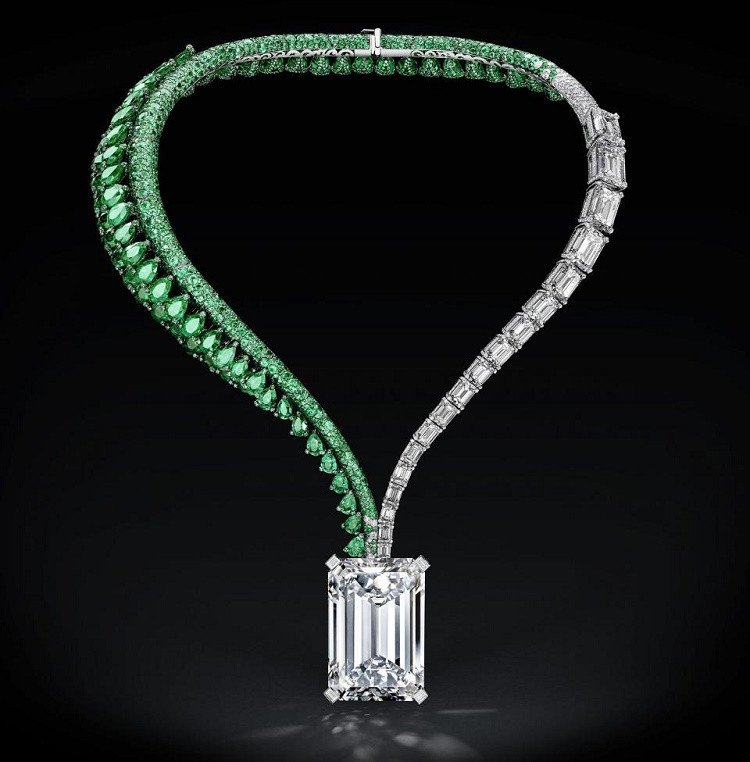 The world’s largest flawless D-colour diamond ever offered at auction has sold for more than $33 million at Christie’s.
The gemstone, originally discovered in Angola, weighed in at a remarkable 163.41 carats.

It had taken experts 11 months to cut and polish the rectangular-shaped diamond, which was then set in an emerald and diamond necklace by the master jeweller de GRISOGONO.

The necklace, which had been described as "a masterpiece of unparalleled beauty and exquisite workmanship", sold in Geneva on November 14 for $33,705,994.

Another major highlight from the auction was Le Grand Mazarin, a 19.07 carat light pink diamond with a remarkable history.

Originating from the famed Golconda mines of Southern India, the diamond came with a historic French royal provenance.

It had previously been owned by four kings, four queens, two emperors and two empresses, including Louis XIV, Napoleon I and Charles X.

Appearing at auction for the first time since 1887, during the famous sale of the French Crown Jewels, the legendary diamond sold at Christie’s for $14,463,393.

A further landmark result from the Christie’s sale series in Geneva was achieved by an Art Nouveau pendant necklace by René Lalique.

The exquisite necklace featured four gold and enamel wasps with diamond wings, set on a glass hawthorn branch with a suspended baroque pearl.

However, bidding soared to a final price of $978,480, setting new world auction records for any piece of Art Nouveau Jewellery and a piece of jewellery by Lalique.