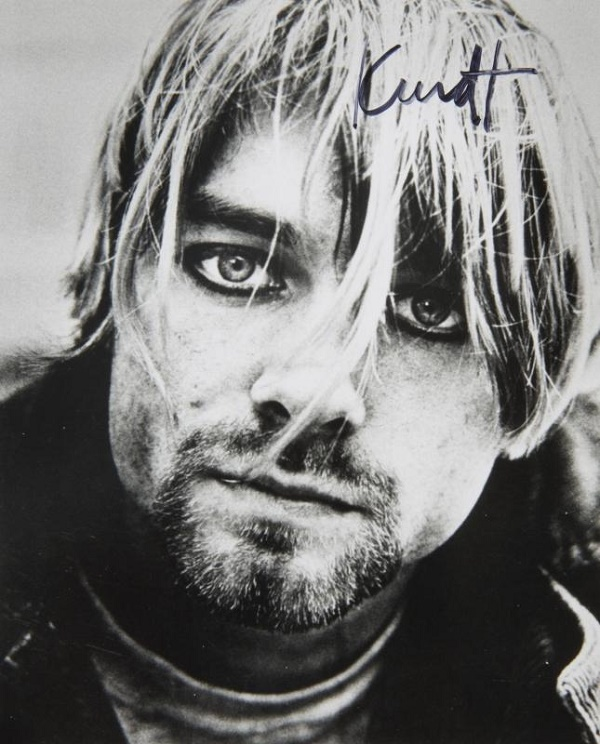 An eclectic mix of Kurt Cobain memorabilia will feature in the latest music sale at Julien’s Auctions.
The Rock and Roll Icons sale takes place in Los Angeles on November 4, and will offer Nirvana fans the chance to get their hands on some rare and personal items.

Leading the collection is the MTV Video Music Award Moonman presented to Cobain in 1992, when Nirvana’s anthemic ‘Smells Like Teen Spirit’ won them the award for Best New Artist in a Video.

Nirvana’s performance at the awards became notorious, as Cobain trashed their instruments, bassist Krist Novoselic gave himself a head injury with his own guitar, and they became involved in a backstage fight with Axl Rose.

One of the strangest items is a cheerleader outfit from the Aberdeen Weatherwax High School in Seattle, estimated at $4,000 – $6,000.

The yellow and blue Aberdeen Bobcats outfit was worn by Cobain in 1994, during a photo shoot with Mark Seliger for Rolling Stone magazine.

Cobain was a briefly a pupil at the school, although he dropped out before graduating, and he later worked there as a janitor before his music career took off.

Other ephemeral mementoes from Cobain’s life include an early press release for Nirvana; a flyer for the first show by Mudhoney, who Cobain claimed had a huge influence on Nirvana’s sound; a series of guitar sketches; and even his personal Blockbuster video membership card.

To date, the most expensive piece of Nirvana memorabilia ever sold is Cobain’s green cardigan, which he wore during the band’s iconic MTV Unplugged performance in November 1993.