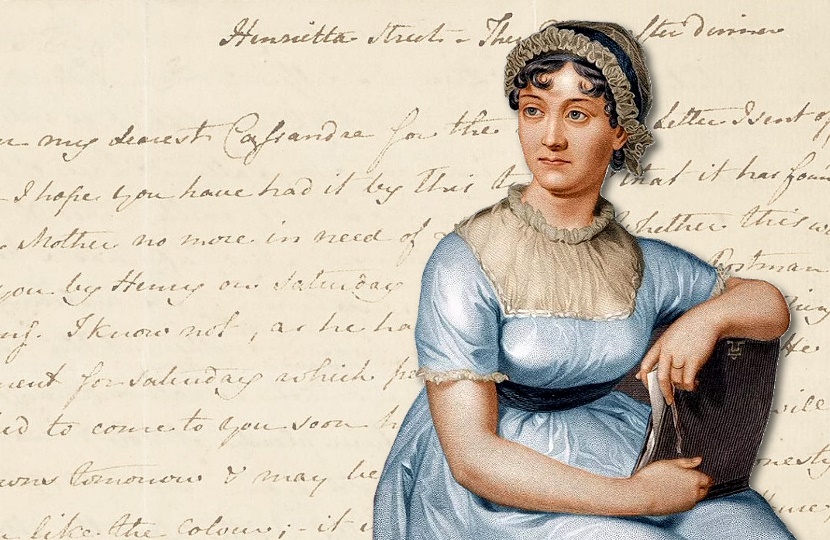 A rare letter by the celebrated English novelist Jane Austen will be offered for sale at Bonhams in New York later this month.

The handwritten letter is addressed to Austen’s sister Cassandra and contains a vivid portrayal of the society she inhabited.

Written at the peak of Austen’s literary powers in 1813, following the publication of Pride and Prejudice, the letter contains the same use of language, wit and charm that appears throughout her seven novels.

She writes to Cassandra about a variety of topics including the health of her mother (“no longer in need of leeches”), music lessons, the latest fashion for caps, and a shopping trip with her brother for Wedgewood porcelain,

A trip to the dentist with her two nieces Marianne and Fanny is described in particularly vivid detail:

“The poor Girls & their Teeth! … Marianne had two taken out after all … we heard each of the two sharp hasty screams,—Fanny’s teeth were cleaned too—& pretty as they are, Spence found something to do to them … but I think he must be a Lover of Teeth & Money & Mischief to parade about Fannys. I would not have had him look at mine for a shilling a tooth & double it.”

Austen even describes the setting as she writes the letter, conjuring a scene straight from the pages of one of her novels:

“We are now all four of us young Ladies sitting round the Circular Table in the inner room writing our Letters, while the two Brothers are having a comfortable coze in the room adjoining….”

Although Jane Austen is believed to have written around 3,000 letters during her lifetime, the vast majority were destroyed by her family in the 1840s in an effort to protect her name following her death in 1817.

Today just 161 Austen handwritten letters are known to survive, with almost all of them owned by museums and institutions, and of those 95 were written to Cassandra.

The letter on offer at Bonhams was originally passed down by Cassandra Austen to her niece Fanny, who in later life wrote an infamous letter about the Austen family’s lack of social graces.

In 1909 it sold at auction in New York, and has since remained in the same private collection by descent for the past 110 years.

The rarity of Jane Austen letters in private hands, particularly those with descriptions of her daily life, means this example could easily surpass its pre-sale estimate.