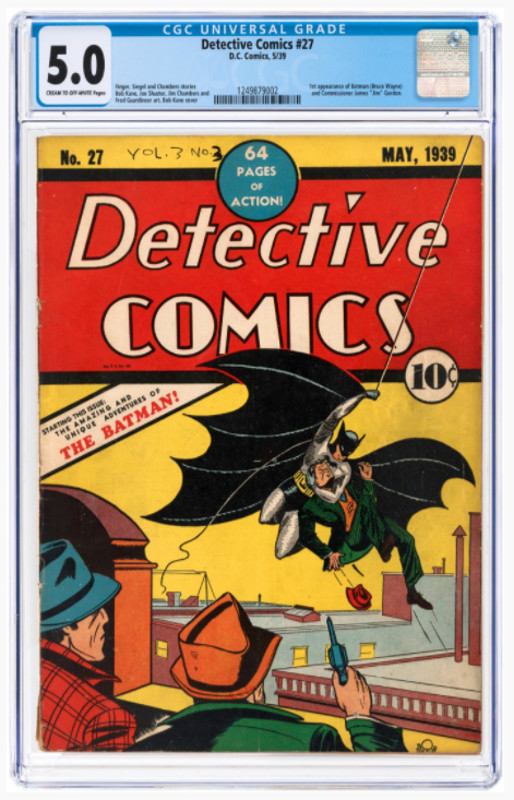 An ultra-rare CGC 5.0-graded copy of Detective Comics #27, the comic book that introduced the world to Batman, will sell at Hake’s Americana on March 13-15.
With an estimate of up to $1m, it looks set to become one of the most valuable comic books ever sold. The record for the issue stands at $1m, set for an 8.0-graded specimen in 2010. That this significantly lower graded example is poised to match it shows how far the market has shifted over the past decade.

Hake’s comments: “This comic, in any grade (both certified and uncertified) is the crown jewel of any serious comic collection and examples of this issue with this level of eye appeal rarely surface on the market.

“There simply are not enough copies of ‘Detective Comics’ #27 on the market at any given time. Chances to acquire a complete, unrestored example do not often present themselves. This copy represents a rare opportunity for collectors and investors to add this "holy grail" to their collection.

“Once sold, the opportunity to obtain an example in this grade may not arise again for many years, and when it does, it will likely at a considerably higher price point.”

This piece is particularly appealing as it has never been sold at auction before. The owner bought it from his local newsstand as a boy in 1939 and treasured it his entire life. Bidding is already at $378,000.

Other lots in the sale include a 1979 Kenner prototype rocket firing Boba Fett figurine that’s expected to make around $35,000-50,000. Only around 80 are known. The product was never released as the firing mechanism was considered a danger to children. 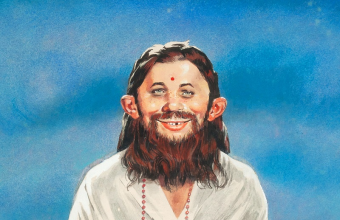