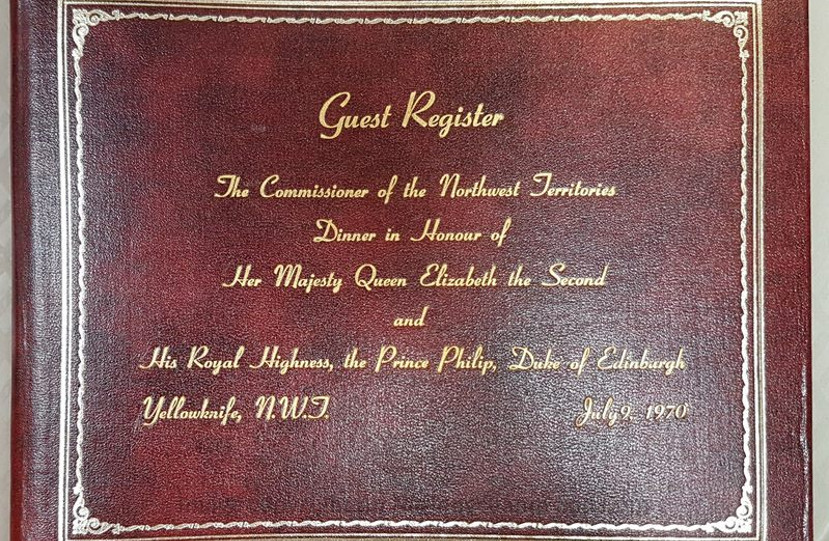 This guestbook was signed on a 1970 royal visit to Yellowknife, Canada (Image: All Nation Stamp and Coin)

A register signed by four members of the British royal family, including Queen Elizabeth II, made $6,909 US in a recent sale at All Nations Stamp and Coin in Vancouver, Canada.

The other signees were Prince Philip, Prince Charles and Princess Anne. The lot dates to July 9, 1970. It was signed prior to a ceremonial dinner in Yellowknife, in the Northwest Territories.

This was the second time Queen Elizabeth visited this region of Canada. She’d also came in 1959, on an exhaustive tour of local towns.

The result may well have been boosted by the recent marriage of Prince Harry and Megan Markle, which was watched by hundreds of millions of people around the world. The couple have recently announced they will be honeymooning in Alberta, Canada.

Auctioneer Grant Duff told the Vancouver Sun: “Once I started researching I couldn’t find any comparables for it. I was hoping it would bring between $5,000 and $10,000, but dreaming it might bring more.

“There was an audible gasp from the room at that point, because no one other than myself was expecting that. I had a number of people bidding by telephone who dropped out as the price was rising.

“As it turned out a handful of people came to the auction (in person) and looked at it, two of whom were persistent and stayed and competed for it. There was one person left on the phone as well.”

“I wouldn’t say they were history buffs so much as they were royalty buffs.”

The demand for royal memorabilia has been growing around the world, in part thanks to the popularity of the new generation of young royals. However Queen Elizabeth II is also a hugely iconic figure and remains head of state in Canada. At 92, she’s the longest reigning monarch in British history. 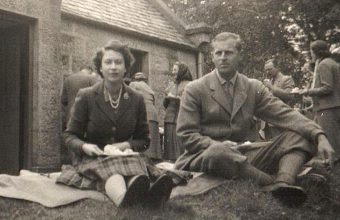 Unseen photographs of the Queen discovered at UK auction house