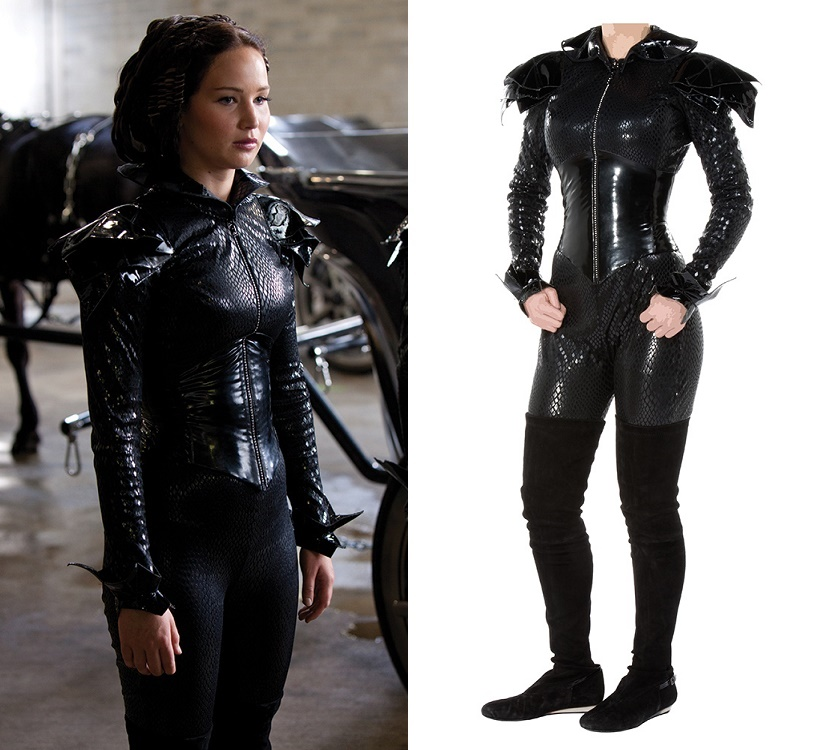 "The Hunger Games films have captured hearts and minds around the world," said Kerry Phelan, Executive Vice President, Global Franchise Management & Strategic Partnerships, Lionsgate. "We are excited to bring fans the unique opportunity to own a piece of this global phenomenon. It is our hope that these treasured relics will continue to ignite, engage and inspire for years to come."

Other costumes on offer include those worn by characters such as Peeta Mellark, Effie Trinket, Finnick Odair, Gale Hawthorne, Caesar Flickerman and President Snow.

The sale will also feature major props including several tribute parade chariots, weapons including bows and tridents, a reaping bowl full of tickets, and even full-sized Peacekeeper military vehicles.

"Everyone will have a chance to acquire items from their favorite characters and moments of The Hunger Games series," said Joe Maddalena, President, Profiles in History. "We’re extremely proud to offer a collection of this caliber for such a beloved studio franchise."

Our recent movie memorabilia study showed that props and costumes from The Hunger Games franchise have outperformed those from others such as Back to the Future and Jurassic Park in the past few years.

The record price for any Hunger games memorabilia was set in 2013, when Katniss’ red ‘interview’ dress sold at Blacksparrow Auctions for a remarkable $300,000.

The World of The Hunger Games Auction takes place at Profiles in History in California on Friday May 20.