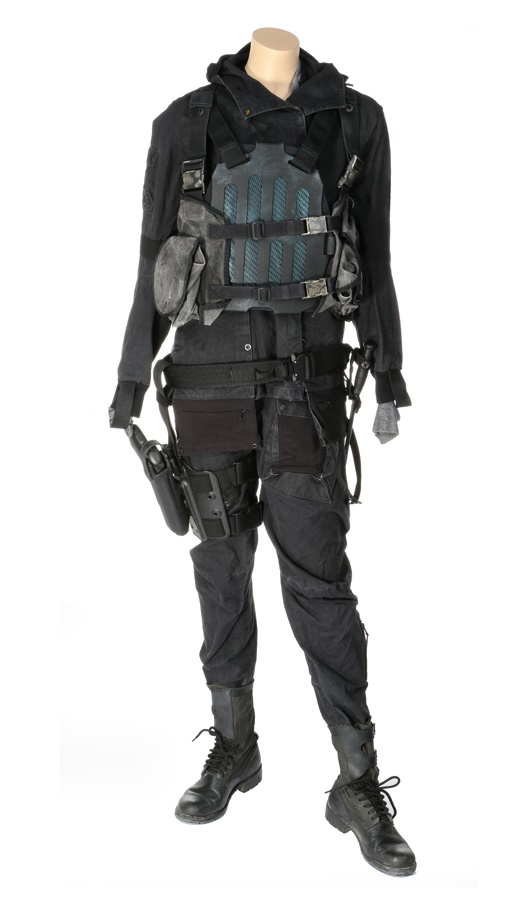 A huge collection of rare costumes and props from The Hunger Games movies is heading to auction with Profiles in History.
The online sale is the second held in conjunction with the Lionsgate studio, and offers more than 200 lots featured in the four hit films, including costumes worn by Jennifer Lawrence as the series’ hero Katniss Everdeen.

"We are thrilled to once again be working with Lionsgate to present this historic offering of costumes, props, and set pieces from the four films of The Hunger Games franchise," said Profiles in History.

"Rarely does a collector or fan have the opportunity to acquire items from such a beloved and groundbreaking series of films."

Leading the current sale is a combat suit worn onscreen by Lawrence during The Hunger Games: Mockingjay – Part 2, which comes with an estimate of $4,000 – $6,000.

Props on offer will include a fearsome array of knifes, axes and swords, along with several complete Peacekeeper uniforms complete with handguns and rifles.

According to a JustCollecting report in 2015, when it comes to famous movie franchises, memorabilia from The Hunger Games is amongst the most popular with collectors.

Items have outsold memorabilia from franchises such as Jurassic Park and Back to the Future in recent years, with the auction record set in 2013, when Katniss’ red ‘interview’ dress sold at Blacksparrow Auctions for $300,000.