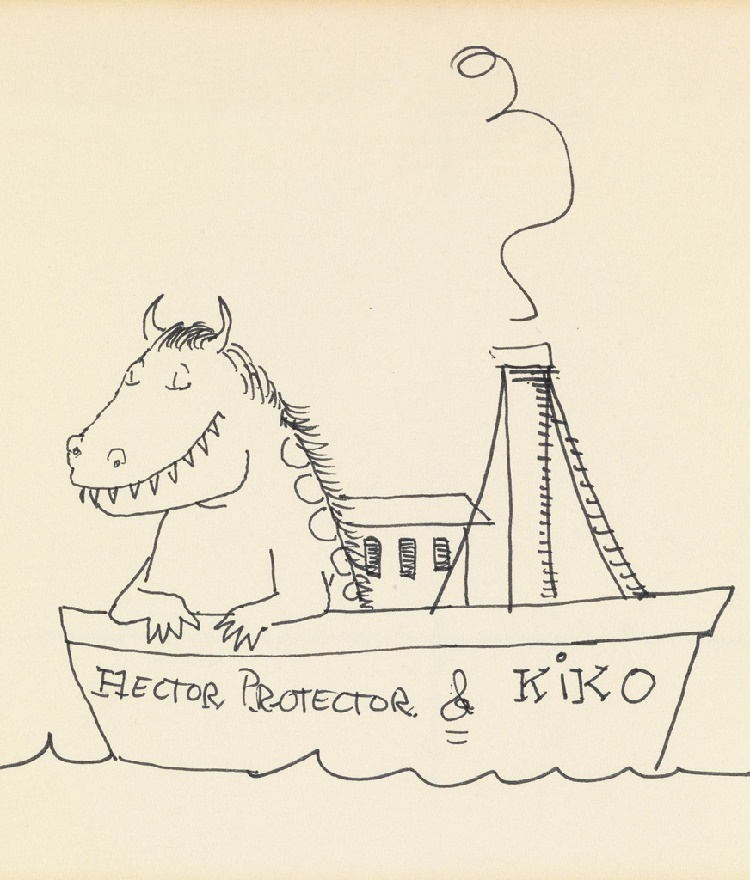 A series of unpublished illustrations by Where the Wild Things Are author Maurice Sendak will be offered in an upcoming Swann Auction Galleries sale.
The drawings were created as gifts for Nicholas (Kiko) Hentoff, the son of respected American writer and historian Nat Hentoff, who initially profiled Sendak for The New Yorker in 1966.

The most valuable work of the collection was created following a trip to the beach on Fire Island in 1965. According to Hentoff:

"Nicholas, returning from a thwarted attempt to play with some older children, noticed that Sendak had been sketching. Nicholas asked, ‘Can you make me a ferryboat?’ Sendak did, and then drew other pictures at Nicholas’ request, including some of seagulls – creatures that my son is very fond of. The next day, Sendak dropped in at our house with a water-color scene that contained all the boats, birds, and fishes Nicholas had asked for the previous afternoon."

Also on offer is an earlier set of drawings, created by Sendak for the young Hentoff back in 1963. Featuring a character called Hector the Protector, along with one of Sendak’s instantly recognisable ‘Wild Things’ in a boat, the three drawings are estimated at $3,500 – $5,000.

The final private Sendak drawing was created for the 12-year-old Hentoff in 1973, as an illustration for a middle school English project.

Featuring an eagle, a baby and a terrier, the drawing is valued at $2,000 – $3,000 and comes with the original note which reads: "Dear Nick, Hope this is what you wanted & that it doesn’t come too late! Hello to all Hentoffs. Your friend, Maurice."

Along with Sendak’s personal artworks, the sale also features two produced for commercial projects: a sketch for the 1998 Bell Atlantic ‘Wild Things Are Happening’ ad campaign, estimated at $4,000 – $6,000, and two unpublished drawings created in 1963 for an illustrated version of the Leo Tolstoy book Nikolenka’s Childhood, also valued at $4,000 – $6,000. 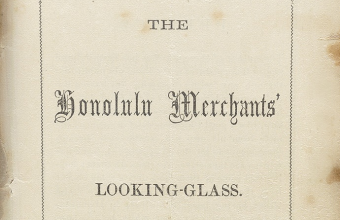 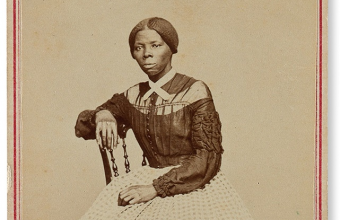 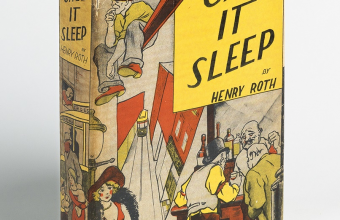