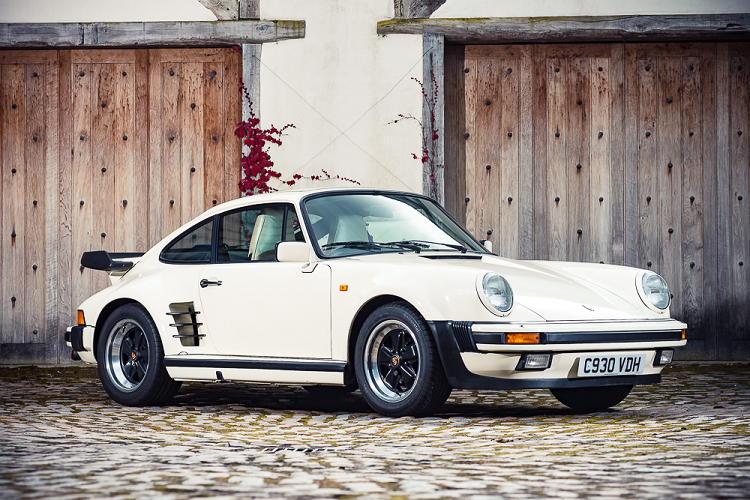 A classic car that inspired rock band Judas Priest’s biggest hit is heading for auction in the U.K this month.
The vehicle in question is a Porsche 911 Turbo SE owned by the band’s lead guitarist and songwriter Glenn Tipton.

Tipton fell in love with the car during the band’s European tour in 1985, and it inspired him to write both the platinum-selling 1986 album Turbo and the best-selling single Turbo Lover.

The Porsche has remained in Tipton’s collection ever since, and has been beautifully maintained for more than 30 years.

It will now head for the block as part of Silverstone Auctions’ dedicated Porsche Sale, which takes place at the famous Silverstone race track on October 21.

“We had a tour of the factory at Stuttgart and I was so impressed with the engineering and how meticulous they were when building cars, and I just had to have one,” said Tipton.

"But I live out in the sticks, and it has to be nice weather to take the Porsche out, so I hardly ever use it. It’s time for it to go to someone who will get some use of it, but it’s going to be very hard to let it go."

However, due to Tipton’s constant touring and recording schedule with Judas Priest, the car only comes with just over 14,000 miles on the clock.

"We feel very privileged to offer this important car for sale for the very first time in its history," said Nick Whale, managing director, Silverstone Auctions.

"Cars with this unique history, single ownership, and known provenance, rarely come to market and this special car is a real opportunity for the enthusiast and collector alike."