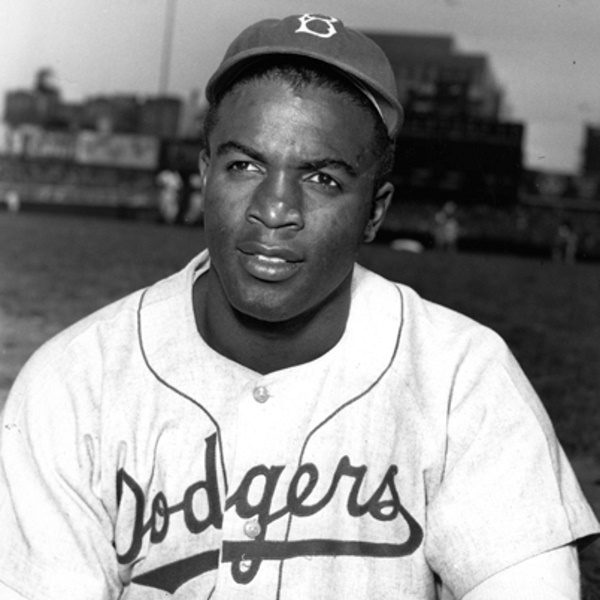 Jackie Robinson’s baseball cap from his rookie season with the Brooklyn Dodgers is heading for sale at Lenand’s Auctions.
The cap has been described as "one of the true Holy Grails of the sports collecting hobby", and is expected to sell for more than $50,000.

When Robinson broke the colour line in April 1947 to become the first African American player in Major League baseball, he faced opposition from every side.

Fans of rival teams shouted abuse from the stands, and several opposition players singled him out for rough treatment.

He received a seven-inch gash on his leg from the shoe spikes of St Louis Cardinals player Enos Slaughter, but his main problem was getting hit with ‘bean balls’ – pitches thrown deliberately at a batter’s head.

In the days before batting helmets, Robinson needed a little extra protection when he stepped up to the plate – so he modified his Brooklyn Dodgers cap by sewing protective plates inside it.

The cap comes with a letter from Robinson’s wife Rachel, which states: "The capes dates circa 1948, with a white Brooklyn "B" embroidered on the front. The cap has three protective plates sewn inside the lining to protect his head from beanings."

Despite having to dodge head-height fastballs, Robinson’s debut season saw him achieve with a batting average of .297, an on-base percentage of .383, and a .427 slugging percentage.

He also led the league in sacrifice hits and stolen bases, scored 125 runs, and earned himself the MLB Rookie of the Year Award.

"So much more than a baseball cap, this rates as one of the most profound pieces of sports history that has ever been offered for public sale," said the auction house. "This cap is representative of both baseball and the race issue, highlighting the tensions of the period."

Bidding in the Leland’s sale is now open, and concludes on October 27.