Rare Beatles photographs featuring alternative versions of their famous Abbey Road album cover are heading for auction next month.
The two photos are out-takes from the original shoot, and are expected to fetch up to $25,000 during a Heritage Auctions sale in New York on October 11.

The idea for the cover was originally conceived by Paul McCartney, who drew a quick sketch and passed it on to photographer Iain Macmillan.

On the morning of August 8, 1969, the band arrived at Abbey Road studios, and managed to persuade a passing policeman to hold up traffic on the busy road.

Macmillan set up a stepladder in the middle of the road, and took six photographs of the band walking back and forth across the zebra crossing.

Little did he know, but he’d just created what would become one of the most iconic and imitated photographs in pop culture history.

The whole photo shoot took just ten minutes, and before long the band was back in the studio, adding finishing touches to the tracks The End, I Want You (She’s So Heavy) and Oh! Darling.

McCartney eventually chose the fifth image as the cover for the album. Not only was it the sole shot in which the band appeared to be walking in time together, but they were also pictured walking away from Abbey Road Studios, where they’d spent much of their time over the past seven years.

Macmillan later created a small number of limited-edition prints featuring all six images, but most were sold separately. In November 2014, a complete set sold at Bloomsbury Auctions in the U.K for £180,000 ($243,000).

The pictures offered at Heritage are the second and third taken during the shoot, each signed and editioned ’10/25′.

The spot has since become a Mecca for Beatles fans from around the world, with thousands of people having their photos taken on the crossing each year.

In 2010 both Abbey Road Studios and the crossing itself were given grade II listed status for their "cultural and historical importance". 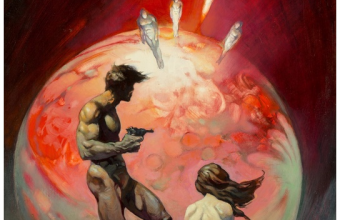 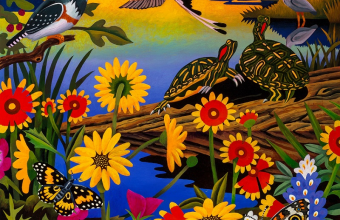