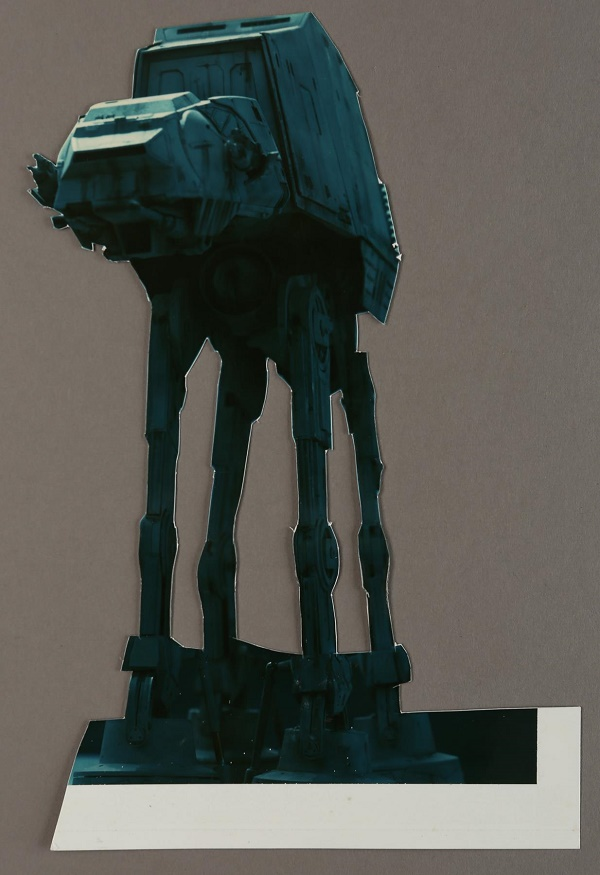 The movie memorabilia collection of visual effects legend Phil Tippet will be offered during a special Prop Store auction next month.
Tippet’s pioneering work on films such as the Star Wars trilogy, Dragonslayer, Jurassic Park, RoboCop and Starship Troopers has earned him two Academy Awards – and now collectors can bid on his pieces from all those classic films.

Many of the sale’s most fascinating lots originate from Tippet’s work on the original Star Wars trilogy.

He was originally hired by hired by George Lucas as a stop motion animator in 1975, to design the 3D chess game aboard the Millennium Falcon in Star Wars, and the sale features one of his pre-production sketches from this famous scene.

He then returned for The Empire Strikes Back, and helped co-create the process known as ‘go motion’ to animate the iconic Imperial AT-AT walkers and Tauntauns on the frozen planet of Hoth.

By the time Return of the Jedi went into production, Tippet was in charge of the Lucasfilm creature shop. The collection includes his archive of sketches, shot notes and photographs relating to the scene in which Han Solo is unfrozen from carbonite, along with his designs for the Rancour monster and a puppet head cast from an Imperial biker scout on Endor.

However, he remained on the team to supervise the computer animation, earning him an Oscar, and the auction features items from the groundbreaking film such as a brontosaurus maquette and an animatic jeep model.

Further highlights include sketches, models, notes and photographs from Tippet’s work on the 1981 Disney film Dragonslayer, along with his collaborations with Paul Verhoeven on RoboCop and Starship Troopers.