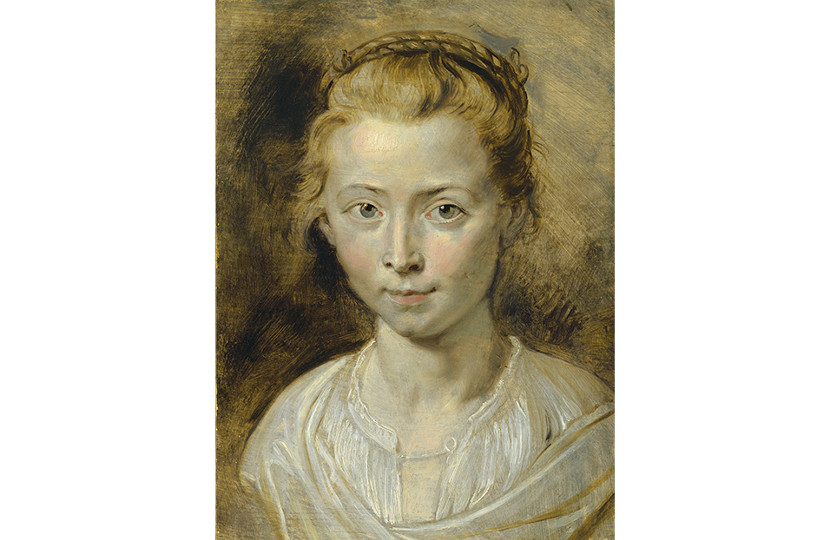 Peter Paul Rubens’ “Portrait of Clara Serena, the Artist’s Daughter” looks set to sell for up to £5m ($6.8m) at Christie’s.
The intimate portrait was never exhibited or sold during Rubens’ lifetime and would likely have been displayed in his family home.

It was painted around 1623, when Clara was aged 12. She was Rubens’ first child with his wife Isabella Brant. Tragically Clara would pass away just a few weeks after&nbsp;she sat for this portrait.

As with Rubens’ portraits of other members of his family, there’s none of the formality found in his commissions or the bombast of his biblical scenes. This is a snapshot of domestic life.

Henry Pettifer, head of old master paintings at Christie’s London, said: “Rubens’ paintings of his family members, freer and bolder than those of his wealthy clientele, count amongst his greatest achievements in portraiture.

“This spontaneous likeness of Clara Serena, his only daughter with his wife Isabella Brant, painted around the time of her untimely death at the age of twelve, is extraordinary for its intimacy and timeless appeal.

“Its appearance on the market this summer comes after the picture has featured in recent high profile exhibitions at the Rubenshuis in Antwerp and the Scottish National Gallery, Edinburgh, and it is the first major work by Rubens to appear at Christie’s in London since the record breaking sale of Lot and his Daughters in July 2016”.

That auction saw Lot and his Daughters reach a phenomenal £44.8m ($61.2m), a record for an old master at Christie’s.

This present work was listed in the collection of New York’s Metropolitan Museum of Art as the work of a follower of Rubens up until 2013, when the subject was identified as the master’s daughter.