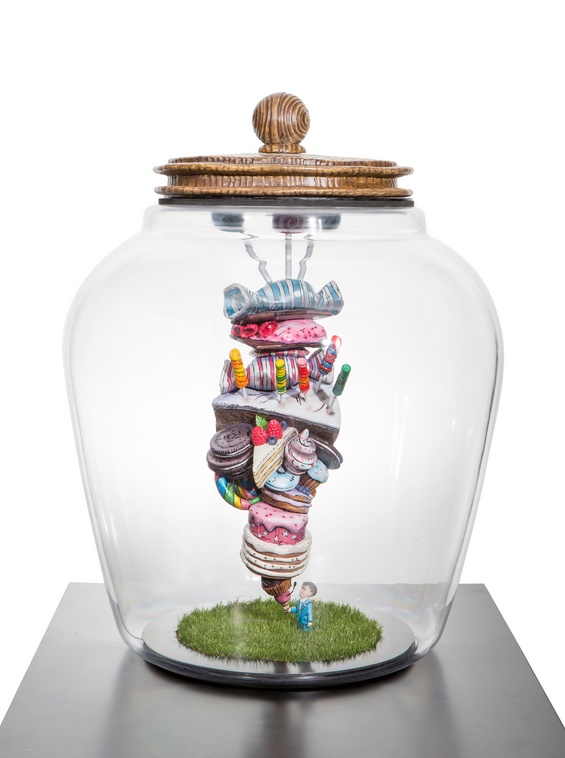 A series of remarkable ‘BFG Dream Jar’ sculptures based on the dreams of famous celebrities will be auctioned for charity through Paddle8 this month.
The sculptures, which were inspired by Roald Dahl’s classic children’s novel The BFG, are currently on display across the U.K in a public art installation entitled The BFG Dream Jar Trail.

The trail is currently raising money for Save the Children and Roald Dahl’s Marvellous Children’s Charity, and both organizations will benefit when the sculptures are auctioned off on August 31.

Currently leading the bidding is Spielberg’s jar, in which he dreams “All the sweets in the world but this child in a candy shop would have no ill effects from overindulgence”.

"All kids deserve to have the chance to dream big so I’m delighted to be a part of The BFG Dream Jar Trail so that we can share our dreams together and support the work of Save the Children across the world," said Spielberg.

Further notable lots include The Duchess of Cornwall ‘s dream jar, in which "every child learns to read and discovers the lifelong pleasure of books"; Masie Williams’ dream of swimming with a gigantic blue whale; and a flying dream jar by Dahl’s long-time illustrator and collaborator Quentin Blake.

"It is so important that everyone has the chance to dream, whatever their age and no matter where they live," said Professor Stephen Hawking, whose own Dream Jar is based on an ancient Chinese philosopher’s idea that our dreams may actually be reality.

"I’m proud to share my dream about discovering the secrets of the universe and I am delighted that the money raised will give children everywhere the chance to make their own dreams come true."

"We’re thrilled to be a partner of The BFG Dream Jar Trail because, through the money raised, we’ll be able to make sure that more children get the opportunity to fulfil their potential no matter how big their dreams are," said Tanya Steele, Interim CEO of Save the Children. "Together, we can rewrite the story for children everywhere."