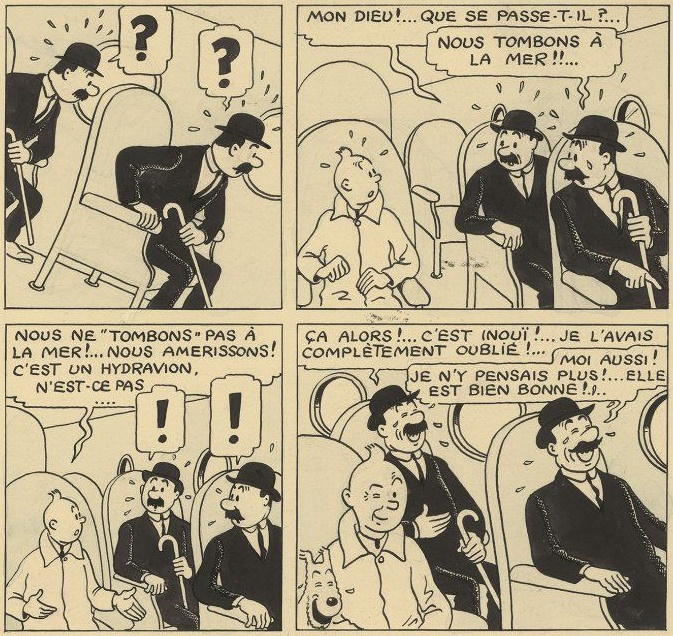 A plate of original Tintin comic strip artwork has sold for more than $1 million at auction in Paris.
The artwork crossed the block as part of an Artcurial sale dedicated to its creator, the legendary Belgian artist Hergé.

The double-page spread originated from Le Sceptre d’Ottokar (King Ottokar’s Sceptre), the eighth volume of The Adventures of Tintin which was serialized by the Belgian newspaper Le Vingtième Siècle from August 1938 to August 1939.

Featuring the comical detectives Thomson and Thompson alongside the titular hero reporter, the plate soared past its high estimate to sell for €1,046,320 ($1,192,792).

"For the second time ever, a Tintin plate went over the one million mark," said Eric Leroy, head of Artcurial’s comic strip department. "This is an impressive result which confirms the international interest that collectors have for comic strips."

The plate was just one of many items consigned by French pop star Renaud, whose remarkable collection of original comic book artwork features more than 4,000 pieces. Together, 100 lots from Renaud’s collection fetched a total of €1,388,727 ($1,589,675).

"The eclectic choice of drawings and the souvenirs gathered show that for all collectors, personal pleasure is the real motivation behind building a collection," said Leroy. "After being a part of Renaud’s collection for several decades, it is another budding collector who will look after this work by Hergé which will go down in history."