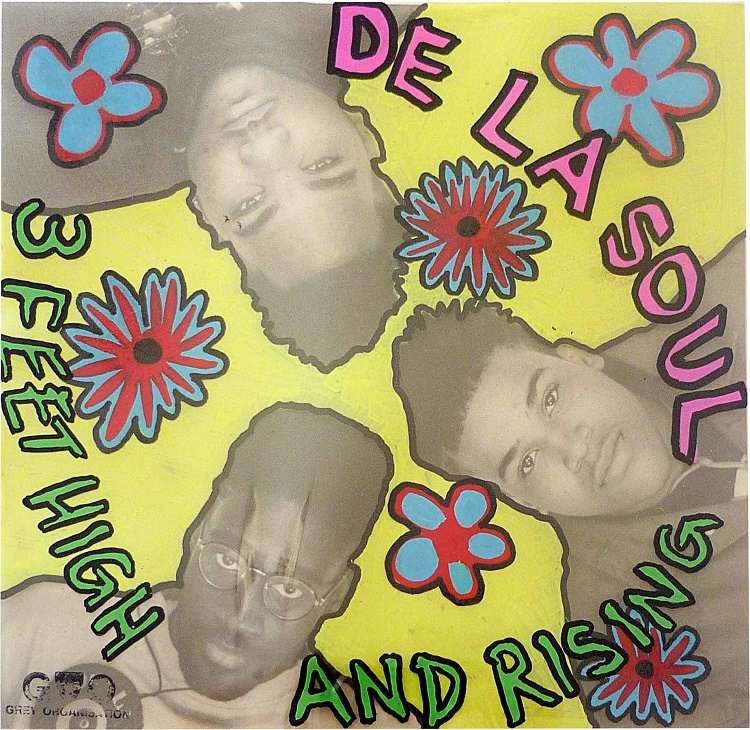 The original cover artwork for De La Soul’s seminal hip hop album ‘Three Feet High and Rising’ is currently up for auction.
The artwork is one of numerous pieces of music history up for grabs in the current Paddle8 ‘Legendary’ online sale.

Released in 1989, De La Soul’s debut studio album was a radical departure from the period’s prevailing trend of gangsta rap. Combining positive lyrics, strange humour andsamples of everyone from Johnny Cash to Hall and Oates, the album saw the group described as "the Beatles of hip hop" and earned them both critical and commercial acclaim.

Three decades on, the record remains a landmark in hip-hop history and in 2010 was selected by the Library of Congress as a culturally significant addition to the National Recording Registry.

The iconic cover was created by a British art collective known as the Grey Organisation (GO), a radical group which relocated to New York in the 1980s after a series of paint attacks on prominent galleries saw them arrested and barred from the centre of London.

Whilst in New York GO – which comprised of Toby Mott, Daniel Saccoccio, Tim Burke, and Paul Spencer – served as art directors for Tommy Boy Records and produced music videos for acts such as Public Enemy, A Tribe Called Quest and The Rolling Stones.

Mott recounted their work on the Three Feet High and Rising cover in his essay Hip Hop in The Daisy Age:

"The intent of the design of De La Soul’s, ‘3 Feet High and Rising’ LP cover [was] to be new and bright, with the overlaying of the fluorescent flowers and text reflecting a synthetic pop cartoon look […] This [was] a move away from the prevailing macho hip hop visual codes which dominate to this day."