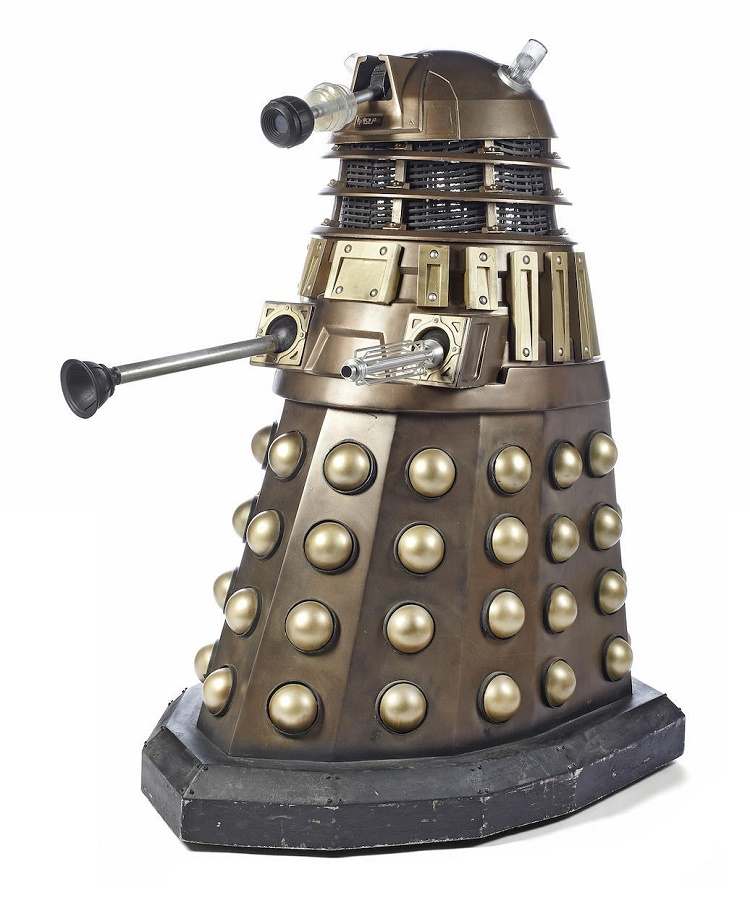 Doctor Who fans will soon have to chance to own their very own Dalek, as a collection of Doctor Who memorabilia comes up for auction at Bonhams.
The sale in London will include costumes, scripts and props from the show, including two screen-used versions of the Doctor’s most feared enemies: the Daleks and the Cybermen.

The Dalek was built for the highly successful 2005 revival of the show, which featured Christopher Ecclestone as the ninth doctor and Billy Piper as his companion Rose Tyler.

It appeared on-screen in the final two episodes of the series, ‘Bad Wolf’ and ‘The Parting of the Ways’, in which The Doctor squared off against the Dalek Emperor and his invading army, before regenerating at the Tenth Doctor, played by David Tenant.

Another major lot is the original Cyberman head, first built in 1968 for The Invasion and then later used again on-screen in 1975 during Revenge Of The Cybermen. After being stored away in the BBC archives, the head was remodelled in the 1980s and used as a master for the redesigned Cybermen.

Other notable lots from the sale include costumes worn on-screen by both Karen Gillan as Amy Pond and Arthur Darvill as Rory Williams; a rare set of production storyboards from the 1969 serial The Space Pirates; and several sets of rehearsal scripts used by Patrick Troughton as the Second Doctor, including Doctor Who and the Abominable Snowmen.