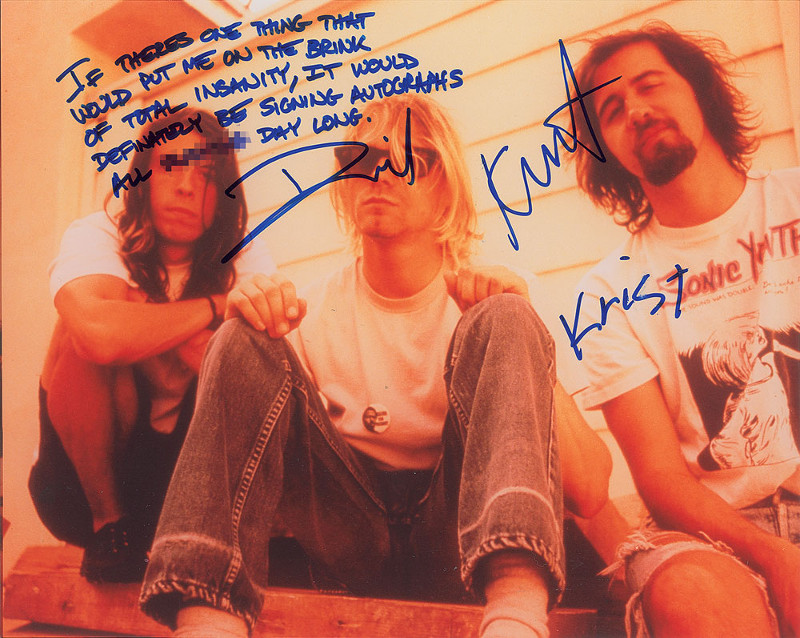 A large signed photograph of grunge band Nirvana is set to star in the sale of the John Brennan collection at RR Auction on May 10-17.
The lot includes an exasperated inscription from drummer Dave Grohl that reads: "If there’s one thing that would put me on the brink of total insanity, it would definitely be signing autographs all [expletive] day long. David."

This signed photograph is valued at $5,000, but it has the potential to far exceed that sum.

The Baby Boomers had the Beatles, for Generation X it was Nirvana. Memorabilia associated with the band has been quietly growing in value over the years, as the band’s youthful fans grow into middle age.

Legendary autograph collector John Brennan acquired all of the signatures in his collection directly from the artists, spending hours camped outside stage doors and hotels. &nbsp;

Brennan said: “I wanted to share some of the stuff I’ve gotten over the years with other collectors and fans that I know will really appreciate them. I’ve always been a collector first and foremost. I love music, that’s why I chased these things.”

A signed booklet of Nirvana’s In Utero is also featured, with a valuation of $4,000.

Brennan first met the band before their performance on Saturday Night Live in New York in 1992 and was immediately struck by their star power. He followed them on tour throughout 1992 and 1993, collecting an exceptional range of autographs along the way. 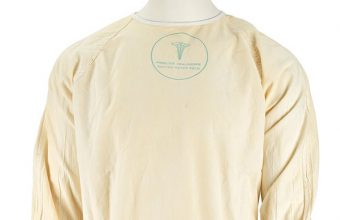