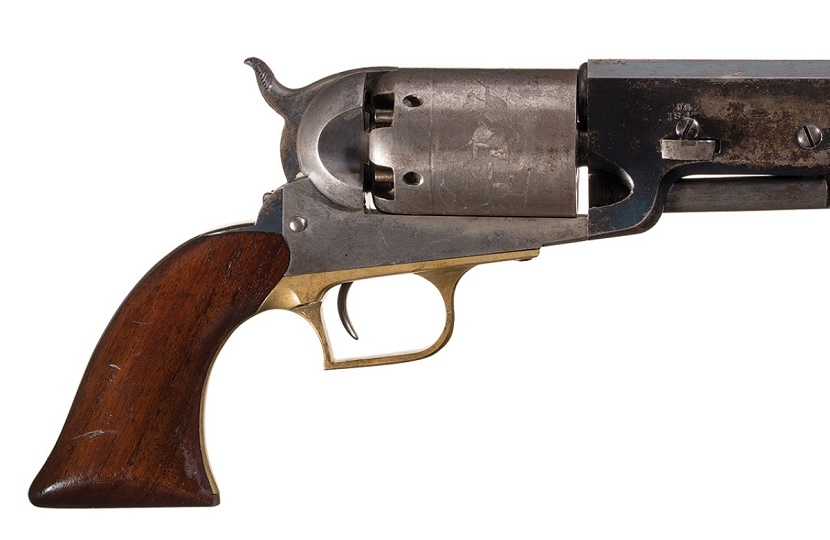 An incredibly rare and important Colt Walker Revolver made history at Rock Island Auction Company (RIAC) this week.
The 19th century pistol sold for a record-breaking $1.8 million, making it the most valuable single firearm ever sold at auction.

Just 1,100 examples of the gun were produced, and this example is the only one known to remain in its original case.

"This is a major milestone in the collecting community," said RIAC president Kevin Hogan. "Not only is this a world record for a single firearm at auction, but further demonstration that the art and history in firearms is really catching fire.

"We value so strongly the aesthetics, history, and craftsmanship of paintings, fine automobiles and watches, but firearms that possess those same traits remain remarkably undervalued. It’s an exciting time to see the collector market making that discovery for itself and beginning to take advantage."

The Colt Walker Revolver was designed in 1846, in a collaboration between gun manufacturer Samuel Colt and Texas Ranger captain Samuel Hamilton Walker.

Colt then held a personal meeting with US president James Polk, where he secured a contract to supply the US military and received an order of 1,000 Walker Revolvers for the Mounted Rifle Regiment.

Once these pistols had been produced by Eli Whitney at the Whitneyville Armory, Colt placed another order for a further 100 ‘Civilian’ models.

Many of these Colt Civilian Walker Revolvers were used as presentation guns, and gifted by Colt to high-ranking military officials as a means of securing further deals.

Others were sold to members of the public, in an effort to get people talking about the superior quality of the new weapon.

The gun sold this week – serial number 1022 – was one of the latter examples, known to collectors for decades as "The Danish Sea Captain Walker".

It was originally purchased by the Danish sea captain Niels Hanson during a trip to New York City in 1847, and passed down through his family for generations before being acquired by a private collector in the early 20th century.

During the Nazi occupation of Denmark during WWII, the revolver was buried inside its original case in the owner’s garden to prevent it being confiscated.&nbsp;

Remarkably, the revolver also came complete with a documented record of its history handwritten by Samuel Colt himself – a 3 inch x 3 inch card which had accompanied the weapon ever since it was first sold in New York.

The previous record price for a single firearm was set back in 2016, when a Y0NH2b CLPzrc g9yevd Model 1886 Winchester rifle owned by US Army captain Henry Ware Lawton – the man who captured the Apache warrior Geronimo – sold at Rock Island Auction Company for $1.2 million. 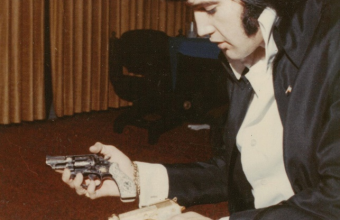