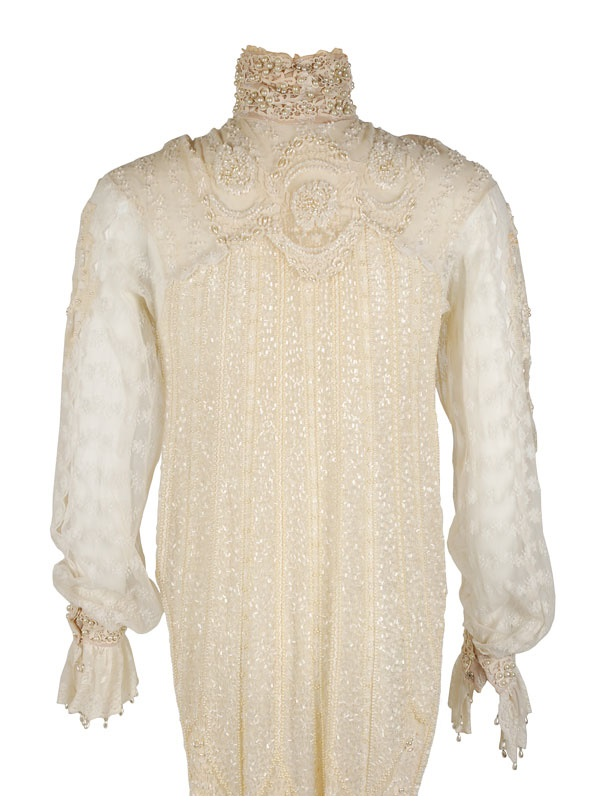 A huge collection of Prince memorabilia will headline RR Auction’s upcoming Marvels of Modern Music sale.
One of the most important lots is a signed contract which allowed Prince to play the lead in his big-screen debut Purple Rain, estimated at $15,000.

The semi-autobiographical film starred Prince as ‘The Kid’, a struggling Minneapolis musician, and featured a soundtrack album which included his career-defining song Purple Rain.

The album sold more than 22 million copies worldwide, and the film announced Prince as a major international star.

Leading the extensive collection of outfits is a beaded lace jacket worn by Prince in his second film ‘Under a Cherry Moon’.

The 1986 marked Prince’s directorial debut, and saw him star as Christopher Tracy, a male gigolo who makes a living swindling wealthy European women – until he falls in love with a French heiress.

The film was a critical and commercial flop, winning five prizes at the Golden Raspberry Awards, but as a rare piece of screen-worn memorabilia the jacket is expected to sell for $30,000+.

Also up for grabs are a white ruffled shirt worn by Prince during the Purple Rain era, estimated at $15,000; a custom-made cream wool coat from Prince’s personal wardrobe, bearing the gold embroidered symbols of his band The New Power Generation, estimated at $8,000+; and one of his favourite stage-worn polka dot vests, also valued at $8,000+.

Aside from Prince’s enviable and always flamboyant wardrobe, the sale features countless accessories, hand-written notes, rare test-pressings and other ephemera.

Rather brilliantly, the sale includes an ironic piece of junkmail sent to Prince’s personal PO Box. Addressed to Prince R. Nelson, the unopened envelope was sent out by Billboard Magazine and reads: "If you write songs, read how you could win $25,000.00 – and a professional recording contract."

According to Prince’s former personal assistant Therese Stoulil, he placed the envelope on her desk one day with a sly smile and said simply "Tell Billboard – I’ve got this covered." 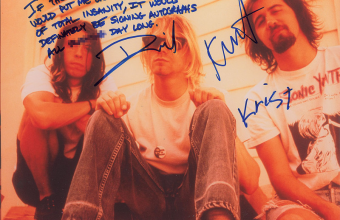 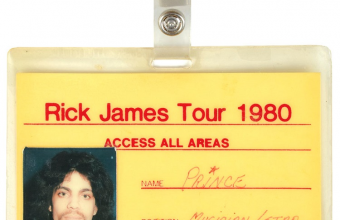 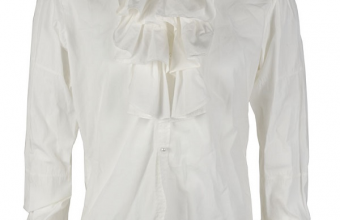