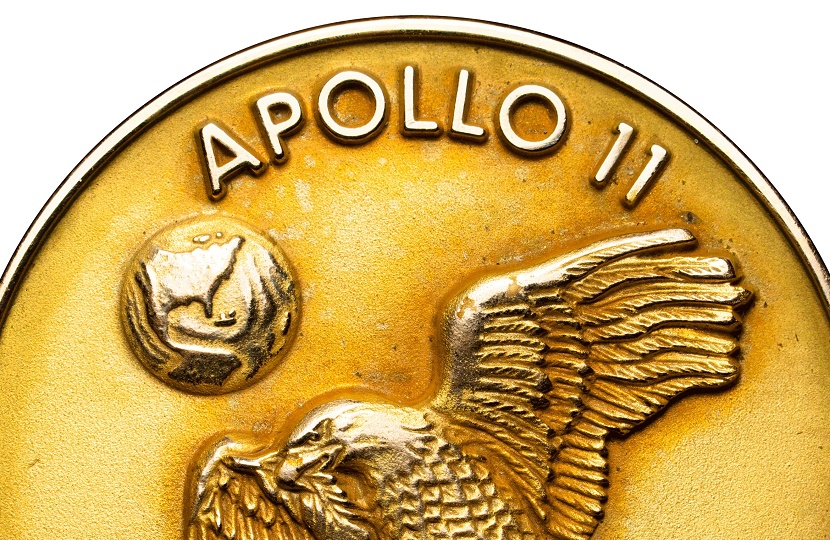 A unique gold Robbins medal flown to the moon by Neil Armstrong aboard Apollo 11 has sold for $2 million during a sale at Heritage Auctions.

The solid gold Robbins Medal had remained in the Armstrong family collection for 50 years, and sold in Dallas on July 17 for $2,055,000, setting a new world record price for a lunar flown medal.

The medal was the standout lot in the second Heritage auction of the Armstrong Family Collection, which is set to conclude today (July 18) with sales already having exceeded $4.4 million.

“The response from admirers of Mission Commander Armstrong’s contribution to humanity has been simply overwhelming,” said Michael Riley, Director of Space Exploration at Heritage Auctions.

The tradition of space-flown medals began in 1968, when Apollo 7 astronaut Walt Cunningham commissioned a jeweller to make him a keepsake he could take with him during the mission.

As more astronauts requested the medals, the Robbins Company of Attleboro, Massachusetts was approached to begin producing special medals bearing the insignias and dates for each mission.

However there were just three 14k gold Robbins medals produced specifically for the crew of Apollo 11, and according to Heritage those formerly owned by Buzz Aldrin and Michael Collins now reside in permanent private collections.

Neil Armstrong’s own medal was described as “perhaps the rarest and most desirable of all flown commemorative artifacts”.

The collection also included two pieces from the Wright Brothers’ original Wright Flyer aircraft, which Armstrong took with him aboard Apollo 11 to illustrate how far mankind had come in just 66 years.

Another fascinating lot was an original NASA memo suggesting Armstrong shouldn’t be coached in what to say when he first stepped foot on the moon, stating “… the truest emotion at the historic moment is what the explorer feels within himself …”