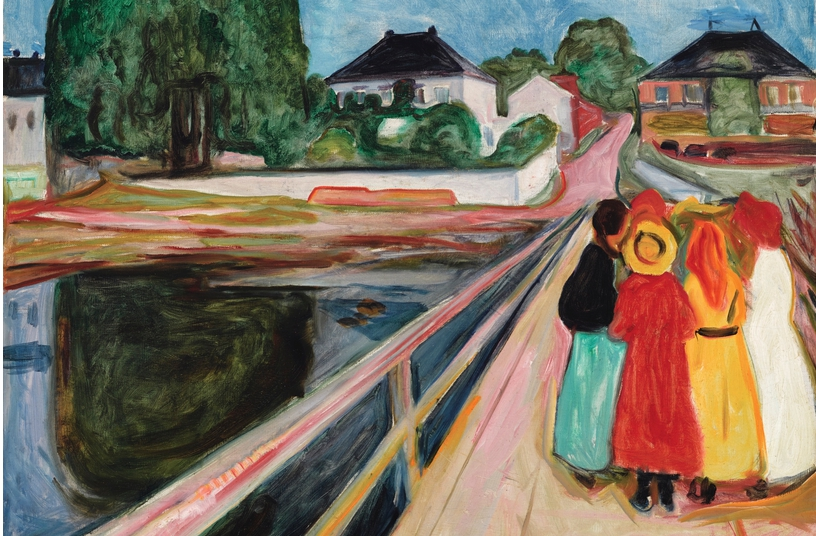 Edvard Munch’s Girls on the Bridge was the star lot of Sotheby’s impressionist and modern art evening sale last night.
Quintessential Munch, with swirling, vertigo-inducing colours, the 1902 piece sold for $54.5 million. That’s above the $50 million estimate and a 7.4% per annum increase on its last sale – $30.8 million in 2008.

It is now the second most valuable Munch ever sold. The top seller is the only one of the four Scream artworks still in private ownership. It auctioned for $119.9 million in 2012.

Elsewhere in the auction, prices were sluggish.

The 43 lots on offer sold for $137.2 million, slightly below the $142.8 million low estimate. That suggests the financial uncertainty following the recent US election dissuaded some from spending, although experts are also blaming a lack of quality pieces.

"There is a supply issue, art adviser Mary Hoeveler told the New York Times. "We’ve seen this over the last couple of years. So much of this auction was day-sale quality.”

The auction was the curtain raiser for a week of high profile art auctions in New York.